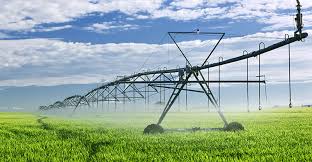 Comments Off on Concrete steps for economic development
Recent weeks have seen growing numbers of protestors returning to the streets of Jordan. While the main message of the protestors is around economic hardship, we must also see the broader picture. Historically, specific political demands tend not to be able to build consensus to attract the numbers of protestors required to put serious pressure on governments.
In April 1989, the triggers for the revolution in the south known as Habet Nisan were purely economic issues. And while the spark was economic, the solutions were predominately political. The protests led to meaningful change in Jordan, as marshal law was called off, elections were returned and large numbers of the opposition groups were allowed to reenter the political arena. Many amongst the political elite who were accused of being responsible by the protestors were removed from politics.
Given this history, it is essential to recognize that in Jordan the current economic situation is getting worse, poverty is increasing and there are no serious policies or systems in place to work with people to participate in building their future in their cities and villages. This is particularly sad as in the 1950s and 1960s, Jordan had extremely effective programs that focused on agricultural and industrial development.
Jordan needs real change in its vision for economic development in order to develop policies that make an immediate impact on peoples’ lives. Strategies around agricultural cooperatives could be extremely powerful in reducing hunger and poverty levels. It doesn’t need to be complex, and could be modeled off the family farms in many European countries. These are easy to supervise and do not require large bureaucracies to administer.
Jordan must also develop the supply chain between the cities and the regions in order to breathe new life into agriculture and food processing. We already have a history of producing yoghurt and cheese as well as other food products in our cities. It also shouldn’t be limited to a single sector, but to encourage small and medium enterprises across the country.
If we succeed in enhancing rural prosperity, then the results may open up markets for other industries and create a more balanced economy that creates new jobs across sectors. The creation and support of local industry will also need Jordan to open foreign markets in the EU and US for small producers in the Jordanian cities.
Changing the economic situation, fighting poverty and working on an effective development plan should be at the top of the Jordanian political agenda. Otherwise the difficult conditions could spiral to catastrophe. The economic protests that we are seeing require political change and effective decisions that lead to better outcomes and help Jordanians build a better future for themselves.
Dr.Amer Al Sabaileh