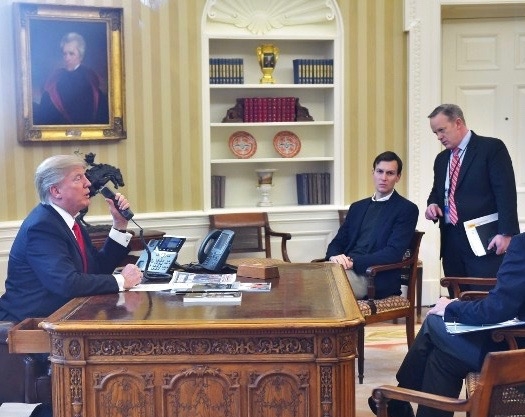 Comments Off on US plan to Isolate Iran
The resignation of Lebanese Prime Minister Saad Hariri two weeks ago is an indicator of potential local escalation with Hezbollah and regional escalation with Iran. The expectation of imminent escalation with Hezbollah has existed for months, as the end of the crisis in Syria was likely to turn the regional focus to the Iranian-backed group.
Over a decade ago we saw a similar escalation with the assassination of then Lebanese Prime Minister and Saad’s father, Rafiq Hariri in 2005 and the eventual war against Hezbollah in 2006. Back then Iran was much weaker and less influential, and the US had more political capital and had more resources in the region.
This week’s escalation is part of a plan that began around 12 months ago with closer ties between Saudi Arabia and Israel as well as between Saudi Arabia and the US. Iran has increased its influence in the region, especially in Iraq, and appears to have held some ground with its influence in Syria. However, we have a new influential protagonist in the region with Moscow’s entrance in Syria, protecting Iranian interests.
Hezbollah is not as weak as some would suggest. While it has suffered during the Syrian crisis at all levels, with depleted logistics, human resources, social and economic influence, it has also shifted its strategy from being a local party to a regional protagonist. Hezbollah has suffered financially from American sanctions, as well as its ability to move in certain areas, but the party has developed new skills and capabilities such that it is a very tough and dangerous enemy.
Israel is clearly interested in confronting Hezbollah, but without any open confrontations so far, the intelligence war is still sufficient for Israel, yet it demonstrates Israeli concerns of the progress that the Lebanese party has made. Hezbollah has been expecting the focus to turn to its activities and power following any resolution in Syria, and as such has launched an internal propaganda program promoting the coming battle as Armageddon and preparing its believers for the coming battle.
While the US and its allies have launched a strategy to isolate Iran, they must ensure a long-term strategy with a clear and substantial road map. Otherwise, Iran is too clever and influential and could flip the outcome to its advantage. We have seen Iran do this in Iraq, Lebanon and Syria. The US and its allies must be careful and strategic, otherwise the US’ regional allies will pay the price of any failures from the plan.
Dr. Amer Al Sabaileh