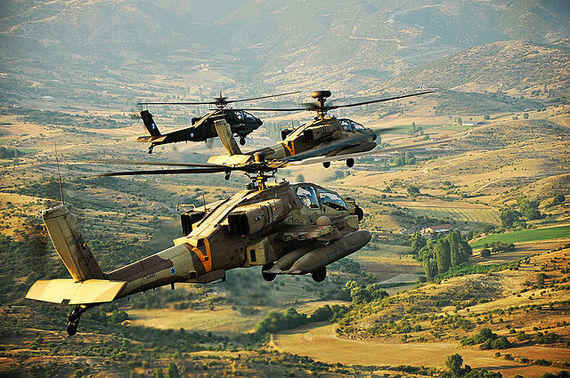 Comments Off on Heading towards an Israel-Hizbollah confrontation?
The current US administration has clearly adopted an anti-Iranian strategy that is not limited to rhetoric but also includes putting pressure on its allies to assist in isolating Iran.
Prince Tamim of Qatar gave a speech last week thanking the countries that opened air space for Qatari planes, without mentioning Iran. We also saw the recent Kuwaiti diplomatic crisis with Iran, which resulted in the expulsion of the Iranian ambassador and 14 other diplomats for alleged links to a spy and terror cell.  The US President has also asked Sultan Qaboos of Oman to help contain Iran’s influence in the region, and observers are carefully witnessing the Saudi attempts to open a dialogue with Iraq as a further attempt to contain Iranian influence.
This coordinated effort is not limited to Iran, but also to its key allies. Recently we saw the US anti-Hezbollah rhetoric reappear as U.S. Ambassador to the United Nations Nikki Haley urging the U.N. Security Council to acknowledge that Hezbollah  “is a destructive terrorist force” and “a major obstacle to peace” that is “dedicated to the destruction of Israel.” This rhetoric harks back to the 2005-2008 policies that targeted the Lebanese party and preceded the July 2006 war against Hezbollah.
This new approach was also seen during the Lebanese Prime Minister Saad Al Hariri’s last visit to Washington and his meeting with President Trump. The likely goal is to isolate Hezbollah and put more pressure on them as new agreements and understandings are being negotiated in Syria.
According to the US National Security Report, Hezbollah has not been listed as a direct threat to the US for the last three years due to its role in fighting terrorist groups. That assessment has clearly shifted as Hezbollah is being leveraged as part of the plan to isolate Iran. We are also likely to see greater US efforts to enforce decisions on Hezbollah and more calls on the militant group to disarm.
These changes in the US’ approach comes at a time where the activity in Syria is reducing, so Hezbollah is increasingly turning its attention back to Lebanon. Over recent years there have been reports that Hezbollah’s weaponization has peaked, including technologically. They have definitely suffered a significant level of casualties both in manpower and financially.
Hezbollah has also seen a shift in the level of support from their key supporter base, including areas that were generally regarded as social incubators for their movement. Yet they have been improving tactically and the soldiers and members they do have are battle hardened and have much more experience than previously from their extensive activities in Syria.
Even though Hezbollah may be facing serious political, social and financial challenges, it is still a serious and well-organized opponent to both the US and Israel. Hezbollah’s main strategy will continue to be based on raising the cost of war on Israel and trying to shift the battle lines south towards the upper Galilee.
It appears we are seeing the anticipatory phase before an inevitable confrontation, as Israel is not willing to accept the increasing threats that Hezbollah represents. Seizing the US strategy of isolating Iran, a fragile Syria and the consensus that many Arab states share on the issue of weakening Hezbollah. All of this suggests that the coming months might bring some attention’s shift from Syria to its neighboring countries.
Dr. Amer Al Sabaileh