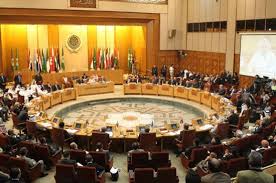 Comments Off on What Arabs need from the coming Arab summit in Amman
The upcoming Arab Summit in Amman is an important moment for the region. With ongoing crises in Yemen, Libya, Syria and others, the real challenges appear to be within Arab countries themselves.
One of the major issues is the return of Syria to the Arab League after more than 6 years of crisis in Syria. The political solution seems to be the only option so Arab countries should make the political play to bring Syria back in to play a key role in stabilizing and rebuilding Syria. Past positions of staying out of the solution is no longer an option.
Yemen and Libya are also important issues to be solved under the Arab umbrella. They also need a new way of thinking and repositioning of major Arab countries. Egypt, as the most active Arab country could pave the way for better Arab cooperation, but the Saudi position is still the major indicator of how efficient this Arab effort to solve the crises will be.
Arab countries must understand that the longer the crises endure the worse it is for them. With Saudi concerns about Iranian influence in the region, it is important to review past policies and understand how they may have given Iran more space to influence, especially in the places where crises appears, Lebanon, Iraq, Syria and now Yemen.
The sectarian trends cannot be countered by more sectarian polices, Arab Shia in Lebanon, Iraq, Bahrain and Yemen are originally Arabs, but the policies adopted by some Arab countries have pushed many of them closer to Iran and away from Arab leaders. These are important issue to bear in mind when we think of the need to learn from the past and avoid its mistakes. It is important that Arab countries develop new policies that work to unify people rather than dividing them.
For Jordan this summit is critical, as it provides the opportunity to restore the political importance of Jordan as a country involved in these crises and building a new phase of Arab understanding will have positive impacts on Jordan. If this attempt fails then Jordan may find itself alone in facing three major issues, the growing economic crisis, the new phase of combatting terrorism and the risks of a failed peace process. On top of this Jordan could face the end of unity on a two state solution, and the inherent complexities of a one state solution, recognizing Israel as a Jewish state.
Arab states need to encounter that Israel’s current narrative which is based on a wider regional peace and rather than focusing on the pending peace process with Palestinians.
The Trump Administration’s positions on the Middle East must also be addressed in the Arab Summit. This includes the future of the peace process and the potential of strong positions from the US in the region if we cannot find a path for ourselves.  Developing a new and effective Arab strategy for de-radicalization and fighting terrorism is one of the key issues that might help in restoring the Arab cooperation process.
There is not much to be optimistic about in the crises facing the Arab world, but we must find an Arab pathway from the grassroots through a new phase of Arab relations, which starts with credible and smart initiatives.
Dr. Amer Al Sabaileh