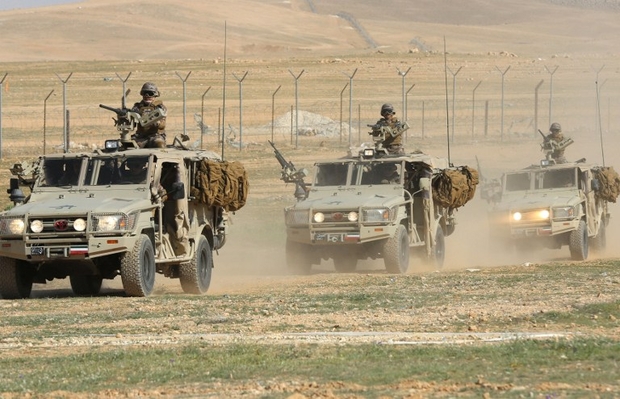 Comments Off on Jordan’s new position on Syria
There has been much talk of a change in Jordan’s position on the crisis in Syria. While there are multiple factors urging a shift in strategy, the national security implications of confrontations in the south of Syria following the battle of Aleppo are the most pointed.
The expected military escalation in Syria is quite different to anything seen previously in the crisis and the only priority now is to eliminate ISIS and other terrorist groups. This means the global priority is fully aligned with Jordan’s national security. The threat of escalation on Jordan’s northern borders remain, especially given then potential for a large scale battle in Daraa’ and later in Raqqa, so there are bound to be implications for Jordan’s internal security.
Recently, Jordan participated in the second round meetings in Astana demonstrating that Amman is engaging in a key role in the Syrian crisis. This follows King Abdullah II’s visit to Moscow to meet with President Putin. Jordan’s Air Force has also been bombing ISIS positions in southern Syria, further demonstrating a shift in strategy.
The official line on these bombings was that the decision was taken independently of the activities of the international coalition in Syria, suggesting that it must have been coordinated with Russian or Syrian counterparts.
Jordan’s national security must be the major factor in determining its policies in Syria and finding reliable partners in the fight against Daesh and the terrorist groups on the ground. It is imperative that Jordan plays an integral role in protecting the cease-fire agreement in southern Syria by putting pressure on Syrian opposition groups to join the political settlement and ensure the success of the Astana agreements.
Jordan’s role in the south is similar to Turkey’s in the north. The objective is a successful peace agreement in Syria to secure its strategic interests, both in terms of security and economically. Reopening the border with a stable Syria with position Jordan as a key player in rebuilding the country, resettling refugees in safe areas and removing the economic pressures.
Dr. Amer Al  Sabaileh
amersabaileh@yahoo.com