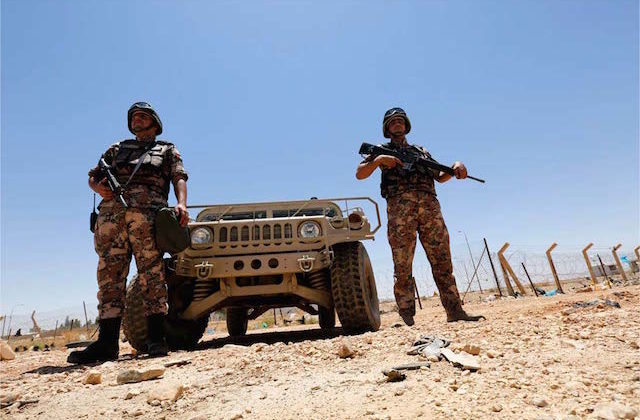 Comments Off on Jordan: Political choices ahead
It seems unlikely that 2017 will be the year that the ongoing crises in the Middle East will be resolved. While the Syrian crisis does appear to have improved, a solution is still going to be a bit difficult.
The first priority for all protagonists in the region this year is the likely ramp up of the fight against terrorists, the elimination of ISIS, and preparing for the aftershocks of a final battle with ISIS might bring. There will likely still be random attacks and the inevitable rise of a successor to ISIS.
All of this will hinge on the new US Administration’s strategy in the fight against ISIS and how it will manage the restoration of peace and political stability. Jordan must plot a course through all of this. Jordan must be a key player in the elimination of terrorist groups in Syria and Iraq, as it is inextricably linked to its internal and border security on both fronts.
In addition to this, Jordan faces several political challenges, from the pending peace process to dealing with the implications of moving the US Embassy in Israel to Jerusalem, especially given the Hashemite custody over the Al Aqsa mosque.
These challenges must be met while restoring good relations with Iraq and Syria, and improving relations with important regional players such as Iran and Turkey. An open door policy with all key powers in the region is imperative in order to diversify Jordan’s strategic options by creating common interests. Jordan must take advantage of the geopolitics to improve its political and economic situation.
The upcoming Arab Summit in Amman is a risk given the level of conflict and dispute among Arabs over so many issues. For the strategic interest of Jordan, the summit needs to launch some serious initiatives to put an end to the continuous crisis in Syria, Yemen and Libya. Failure to establish a vision to rebuild relations amongst the Arab nations will be a burden and will not result in any strategic gain for Jordan.
While there are many challenges facing Jordan regionally and internationally, the greatest challenge is to manage the growing economic discontent amongst Jordanians. Serious structural reform and transformation is needed in order to be in the best position to leverage the security and political challenges and opportunities.
Dr. Amer al Sabaileh
amersabaileh@yahoo.com