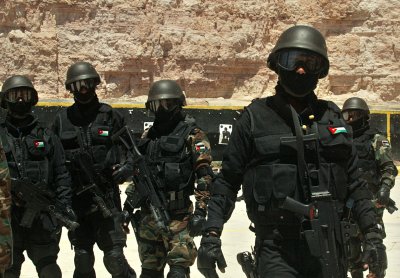 Comments Off on Are we ready for the new waves of Terrorism?
New regional waves of terrorism are targeting different countries in the region, mostly Turkey. After the call of the leader of ISIS ‘Al Baghdadi’ to attack Turkey, it is obvious that Turkey is becoming the chief target of the terrorist organization. The night club operation in Turkey represents new challenges in encountering terrorism; the ability of the terrorist to eliminate the security personnel even the police;  carry-out the operation, and escape the scene in a new style shows that this operation can be viewed as an “intelligence operation”. This recent methodology annotates an escalation in the level of sophistication of ISIS’s “traditional operations” but it also shows that the organization is penetrating the security system and social textile of Turkey; as it would be impossible for any terrorist to execute such an operation, escape the scene and hide within the same country without back-up and support from local protagonists.
Nonetheless, it is important to notice that the regression of ISIS’s organization in Syria and Iraq, along with the recent shifts following the battle of Aleppo causes not just Turkey, but also Jordan to face series of challenges and dangers.
First, the relocation of fighters from one front to other fronts intensifies the possibilities of individual operations and increases the organization’s desire to create new hot spots.
Second, Jordan’s most critical challenge is the rout of the battles in Syria after Aleppo, in which its compass might point towards the Syrian Southern border, placing increasing pressure on the Jordanian border and raising the danger ratio of repeated attacks. In this case, repeated attempts that aim at striking the national security and creating an atmosphere of internal disputes will take place; the organization’s subjects seek to exploit and employ it to the best of their interests.
Third, one of the prominent dangers of the next phase is characterized by the continuous regeneration of fighter cells and the activation of dormant cells that have been operating mutely during the past years, and have been able to build networks of allies in the areas in which they are located.
Fourth, the arrival of these cells to the “individual working” phase; they will be isolated due to the fall of the central order of the organization. These cells might be seeking to apply individual actions that depend on the surprise element, and usually aim at causing the most damage with minimal costs. This means uncomplicated operations such as; shooting at a security officer, or striking a crowded area of civilians using primitive techniques.
The increasing pressure on the fighters in Syria, and the Turkish borders being closed after Erdogan’s political shift might push the fighters into targeting new areas and finding exit routes from which they can use in order to escape this state of pressure.
Thus, the challenges Jordan is facing are enormous. The alteration from having to deal with direct threats means that Jordan has moved into the open and direct confrontation stage with these organizations. That is why Jordan has to change the framework and the system in which it deals with these organizations. The graphic organizer of recent assaults that targeted Jordan indicates obvious increase in the configuration of the operations, their method and objectives but still the target, so far, is the security system not the civilians. This means that they should be dealt with in a strictly firm manner and in a method that foresees the coming confrontations in order to avoid any further dangerous and aggressive future threats.
Dr. Amer Al Sabaileh
amersabaileh@yahoo.com

Jordan: The need for “Horizontal Changes”

As Israel’s legislative elections approach in a few weeks, American activity in the region is…

Jordan: The need for "Realpolitik"

It has become clear lately that Jordanian-Israeli relations are not in the best shape. Several…

Regional impacts of US withdrawal from Syria