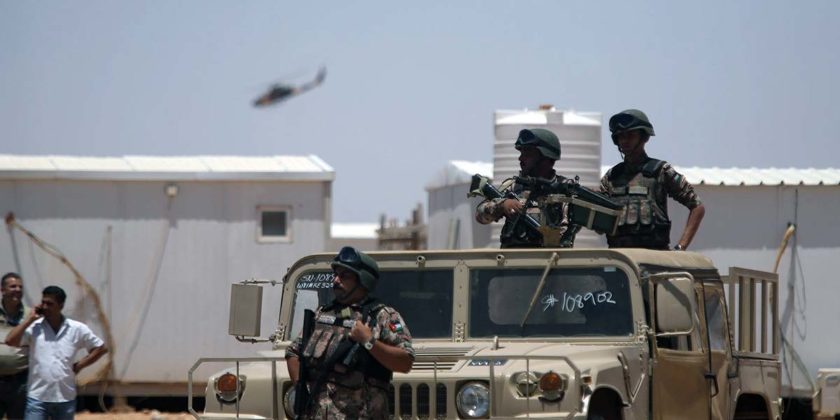 Comments Off on After Aleppo’s battle Jordan national security is the priority
The battle of Aleppo is one of the most important developments to see an end to the Syrian crisis, even though it won’t be the last battle. The Syrian regime’s win in Aleppo might, logically, push the fight against the terrorists to the south.
According to the experts the battle of Aleppo is a major step for the Syrian regime in regaining control of the country. In the absence of a clear vision from America, Russia with its allies have seized the moment to recapture Aleppo. Russia made a deal with Turkey to limit its involvement and support for the rebels in Aleppo. With the Turkish borders closed, the advantage shifted.
Recapturing Aleppo doesn’t give the Syrian Army full control over Syrian territory but it refocuses the conflict into a single dimension, fighting terrorism. A Trump White House will no doubt support this, as the President-elect has frequently expressed that his priority in Syria is to fight terrorism, and not political change. With the potential for new leaders in France and other European countries later next year, we may see more support for a similarly single-minded focus in Syria.
The battle of Aleppo will push the fight down to the south of the country. While Turkey was engaged in the north due to the proximity to its borders, Jordan may be forced to take a similar level of engagement as the fight pushes into the south. The impacts that this battle on the Jordanian borders will certainly decide level of the Jordanian engagement in such battle.
Jordan is closely monitoring the developments on that front. On military level, the Jordanian army is -at the same time- applying intensive border surveillance activities and setting the rules of engagement for any possible attack on Jordanian borders.
Jordan faces many challenges and threats with a lot of border territory with ISIS controlled areas in the Jordan-Syria-Iraq triangle. During the battle in Mosul there were reports of ISIS fighters close to the Jordanian border and any attempt to recapture Palmyra by ISIS will also put pressure on Jordan. Moreover, the recapturing of the city of Palmyra by ISIS would put more pressure on Jordan. Especially on the area of Iraqi, Syrian Jordanian shared borders.
The challenges for Jordan are only likely to increase and become more difficult to address. They will require a new way of dealing with threats, not just militarily and logistically but also politically. Jordan needs strong relationships with the Iraqi and Syrian counterparts as well as the capacity to build strong alliances with countries that can help Jordan in taking actions on the ground to confront these threats.
Dr. Amer Al Sabaileh
amersabaileh@yahoo.com

The Jordanian implications of multi-dimensional challenges across the region