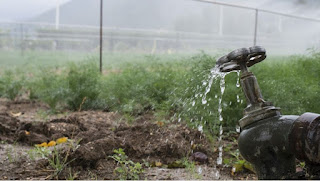 Recently, an old notion of having a regional military alliance in the Middle East similar to alliances such as NATO remerged. The idea is always appealing, due to the various challenges threatening the region, but it is important to note the very high level of contradictions within the region, which will make achieving such alliance very hard. Furthermore, it is crucial to refer to the fact that such alliance would not be have an ideological basis similar to the NATO model.

At regional level, there is already a high degree of security coordination that increased due to the common challenges and threats countries are facing. Politically, since the appearance of Daesh and up to the start of the peace process between Israel and the Gulf states, the situation in the region changed significantly, with Israel joining the US Central Command. The realignment of the US Central Command indicates that Israel is within its area of responsibility, a development that warrants military and security coordination between Israel and the 20 countries of the USCENTCOM.

There is no doubt that the inflamed situations in Syria, Lebanon, Iraq, and Yemen, and the attempt to stir instability in the Gulf states altogether led to the re-emergence of the call for a wider Arab security and military coordination.

The position of the Gulf countries shapes the Iranian policies in the region. The recent threats and attacks on UAE and Saudi Arabia have brought back the need for stronger coordination and threat-countering policies.In Jordan’s case, threats and challenges originate from the deteriorating regional situation; this definitely requires efficient military strategies and continuous focus on security, anti-terrorism, criminality and drugs. The protracted regional crises are a strong factor that warrant Jordan to focus equally on internal challenges. Thus, at the present, it is of utmost importance for Jordan to tackle issues related to the economic situation, including development, unemployment and, above all, food and water security.These multiple challenges require revisiting the concept of national security. It is crucial to remember that the model of national security is not limited anymore to military and security issues. Today, national security is the tool to ensure the effectiveness of the public-development policies.At the same time, water security should be the priority of the national security in Jordan, given that it represents the key tool for solving many problems relevant to agriculture, development, tourism, quality of life and food security. Therefore, it is of great urgency for Jordan to seek the know how in the water desalination field to face the life-threatening water insecurity.For a country like Jordan, any regional military alliance is not more important than implementing the National Water Carrier Project (Aqaba-Amman water desalination and transport project). The main goal of our national security plan should be to counter domestic challenges, crucial to preserving Jordan’s internal stability during such difficult regional circumstances.