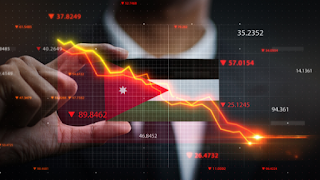 Last week, Jordan witnessed the launching of the Economic Modernization Vision, representing a national roadmap across sectors to be implemented in three phases over the coming 10 years. And while this approach is not novel for Jordan, the aftermath of the launch revealed some necessary steps that must be taken to ensure the gap between citizens and policy is bridged.

Within less than 24 hours of launching the economic plan, vague statements by two ministers emerged regarding increasing the prices of fuel four consecutive times in the coming months. The most intriguing statement was that of the Minister of Interior, a stranger to the economic file, who contradicted relevant statements during a meeting with a group of investors in Al-Hassan Industrial Estate in Irbid.

Contradicting statements by representatives of different sectors are definitely not leading Jordan towards bridging the aforementioned gap. This situation can well explain the ineffectiveness many of these policies can bring, which leads to frustration and high levels of pessimism among the people in Jordan. The government’s narrative and the following policies should always be comprehensive and clear, not provocative and contradicting. Lack of harmony and understating by those who are supposed to be targets for the policies is unfortunate and not acknowledged Yet, it is the reason behind the prevailing negativism and pessimism, especially given that policies should aim at generating positive perceptions among the peopleThe path towards enhancing the sense of responsibility and optimism among the people while preparing them for imminent hardships can be achieved through a. national narrative that is convincing and aided by a change in both the implementation of the public policies and in the conduct of the public figures. In addition, the people must be part of the solution without suffering continuous financial and physiological pressure.

It is time for the people to feel their government’s support, understanding, and tolerance during these difficult times when people are suffering from the devastating impacts of both COVID-19 and the Ukrainian-Russian war. An approach to contain people’s anger and frustration, which might develop soon into widespread protests, is needed.Right now, it is beyond any doubt that having a comprehensive long-term strategy that addresses all aspects of Jordanian lives — including microeconomic reforms and enhancing critical thinking skills amongst the population — is of utmost importance. That said, it is essential to underline personal follow-up and review facts and deeds rather than intentions and words. It is crucial for the government to adopt a clear, comprehensive action plan with concrete steps that positively impact people’s daily lives. It is equally important for the government to reach the people through smart communication means while having all the protagonists of the political scene embrace synchronized language and approach.