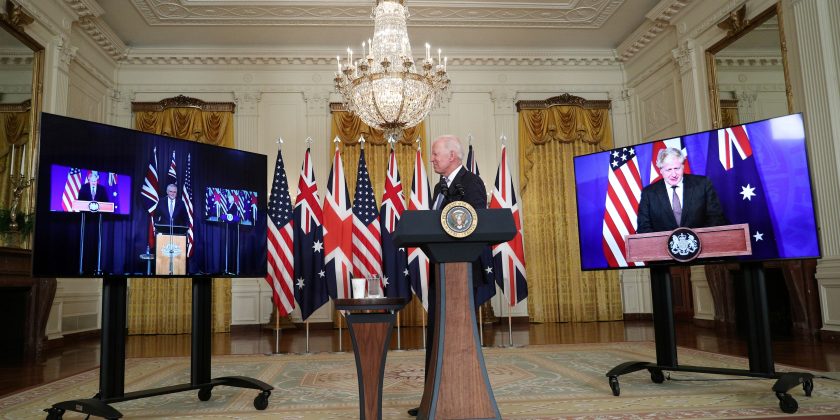 Comments Off on Reworking, revising, and reaffirming US alliances

The Ukrainian crisis has made the world relive memories of the cold war, with all the decisions, sanctions, and isolation it entailed.It is interesting to see the position that some countries are taking. While it is definitely clear that the US has succeeded in reinforcing the Atlantic alliance narrative, with EU and NATO strong supporters of its actions, some questions should still be raised regarding the position of other countries supposed to be US’ strategic allies.

This includes countries that have traditionally been considered US allies, such as Jordan and the Gulf states, but also those that have received US assistance for many years, such as Egypt and Pakistan.None of these countries took a clear position in favor of the US policy; some even refused to honor the US’ request increase the production of oil, like the Gulf countries, or to issue a statement to condemn Russia. Actually when, the UAE foreign minister visited Moscow, and others found in an Arab delegation for mediation a chance to avoid taking a position.Even at the UN General Assembly, 93 votes cast in favor of suspending Russia from the Human Rights Council seat,24  voted against, and 58 abstained; among these last were most Arab countries, including the Gulf nations. These positions should be an eye opener. They should raise questions like: why does the US fail to convince allies to take its side; do these countries really have mutual interests with Russia or they believe that siding with the US without gaining politically is a loss?

These countries may have decided that it was time to send a clear message to the US that such alliance is not for granted and that the estrangement during the different American administrations, especially during Barack Obama’s time, damaged the ties between the US and many of its allies outside Europe.The relationship with these allies will likely need extra effort to rebuild trust, and there is a clear message that they should not be taken for granted.This is one of the challenges that President Joe Biden has mentioned bluntly in his first foreign policy address when he vowed to repair alliances through diplomacy and restore Washington’s leadership position on the global stage, insisting that “America is back, diplomacy is back”.He clearly diagnosed the mistakes in dealing with allies, outlining his vision for addressing an array of global pressures, including trade relations with China and tensions with Russia. A serious challenge for Biden now may be to prove the efficiency of his policy to work to rebuild alliances and engage actively with countries in finding mutual interests and common ground of understanding, especially that in his same speech he insisted that“ America cannot afford to be absent any longer on the world stage”.If America wishes to be actively present, it should consider changing the way it deals with all countries in the world, particularly its allies.

Posted by: Amer Al Sabaileh
View more posts
Il Viminale in prima linea per contrastare la tratta di esseri umani
The Ministry of the Interior is at the forefront of combating human trafficking