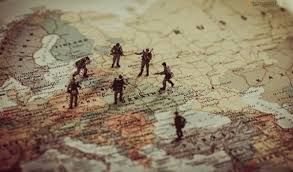 The quick decisions and sanctions that the US and Western countries have applied to Russia demonstrate that Ukraine is no longer the prism through which relations with Russia will be viewed. Even when the war in Ukraine is over and even if Russia withdraws, the sanctions imposed suggest that we are heading to a new world order and a change in the balance of power on the international political scene.

Russia, a permanent member of the UN Security Council with veto power and a member of the G7, has been subject to unprecedented sanctions that go beyond the economic, finance and travel sectors to the heart of Russian culture and sport in a way that lays the foundation for potential “Russia-phobia”. It is interesting to see how fast the West has reacted to Russia’s move into Ukraine, leaving no room for negotiations and tightening the screws on the Russian president. It is a true test of globalization and the intertwining of economies making countries increasingly reliant on each other. It is because of this globalization that sanctions such as this can have a serious impact on a country like Russia and attempt to make it toe the line. The speed and severity of the measures will impact international politics, particularly, and could lead to a new cold war atmosphere that will dominate the global political scene for years to come. Furthermore, this puts pressure on all countries to take sides in the confrontation between the West and Russia. While the western bloc has reacted clearly, the position of others might not be that clear, particularly those historically considered US allies, including Gulf countries that can still influence the oil market and the OPEC+ strategies. The position of these countries will be interesting, given the change in relations after the Trump administration, during which they were enjoying privileges and could influence the former president’s vision and policy. Also critical to them is the Biden administration’s effort to restore the Iran nuclear deal, ignoring the requests of these countries to add their concerns to the list of things to be negotiated. Their key concerns are Iran’s ballistic arsenal and its policies in the region. It is also important to note the positive relations that these countries developed with Russia and Vladimir Putin during the Obama administration. So, choosing between the West and Russia is not a simple decision, particularly not without concrete political benefits. The margin for political maneuverability for these countries is quite narrow, and the impact of US President Joe Biden’s climate agenda on the price of oil is not particularly favorable, at least not in the medium to long term.The current policy of the West effectively targets Russia and Putin; isolating the president and his entourage and draining their resources was definitely an important tactical step. The speed with which this policy was adopted meant that Putin and others targeted did not have time to prepare, so it will bite and have an impact on the Russian social, economic and political scene. The pressure is real, and the crisis in and around Russia could have repercussions that are difficult to predict. The confrontation might also lead to a change in the international balance of power. A new world order might also require a change in major concepts related to governance, democracy and legitimacy, putting an end to corruption and autocracy. The end of powerful oligarchs in power and new standards of transparency and accountability might also be outcomes of a new paradigm.