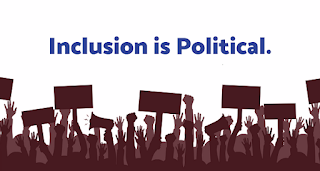 As Jordan has embarked on a political reform process, it is important to realize that culture change is a prerequisite to carry out political reforms successfully, given that politics is intertwined with cultural performance.

Cultural changes usually start with a trust-building process and support. The path to political changes in Jordan starts with a form of renaissance to guarantee sustainable successful outcomes. This process should be given priority and should aim at achieving pluralism, acceptance of and respect for diversity and the rule of law. Effecting change is a very long and complex process, and for it to acquire a solid base, there is need for clear policies on political inclusion, especially important to restoring the confidence of the people, rebuilding credibility and inspiring hope for the future. Therefore, national harmony, political inclusion and reconciliation should be the target of Jordan’s domestic policies. This can be achieved through a national narrative that redefines the concept of political opposition and the societal roles of all actors.Presently, countries across the globe are facing multidimensional challenges, with the expanding gap between people and governments becoming an international phenomenon. The crisis is not limited to economic challenges, rather it is also a crisis of governance that needs a reshaping of the concept of the role of the state.

At home, economic hardships and political frustration pushed Jordanians to take to the streets in this past decade. The accumulation of missteps and bad policies created an atmosphere of frustration, tension and anger. Maintaining stability in Jordan, which is linked foremost to the absence of anti-state sentiment amongst its people, is the most crucial strategy. Criticism in Jordan has traditionally been aimed at individuals, rather than organizations, people, rather than processes. Therefore, it is important for Jordan to adopt a reconciliatory approach when it comes to domestic policies in order to maintain this peaceful record, while keeping in mind that the country, like much of the rest of the world, is faced with changes in the popular attitude, manifested in protests, strikes, inter alia.Jordan is in need of an action plan based on new perceptions to achieve these objectives. The point of departure is a sophisticated communication approach to bridge the gap between people and officials. Jordan’s strength lies in its maintaining domestic harmony. Therefore, it is fundamental to reinforce national solidarity, which can be achieved only by getting people involved in, engaged with and responsible for their own future and destiny.

This is the only way to do away with the feeling of being marginalized and excluded, a prevalent phenomenon in Jordan of today. It is of utmost urgency to enhance the sense of responsibility among the people of Jordan by getting them involved in preparing and implementing solutions, rather than having them as mere absorbers of consequences.