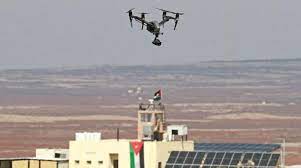 The recent statement from the Jordan Armed Forces-Arab Army regarding drug trafficking from Syria into Jordan indicates that the battle against drug smugglers is one of the most challenging issues they are currently facing. According to the official statement, this phenomenon is becoming "organised" with smugglers stepping up operations and using sophisticated equipment, including drones.

Jordan’s open confrontation with drugs is part of serious regional challenges that have a direct impact on the internal scene. This comes at a time of serious economic hardship and various signs of social frustration. As such, it is important to consider the issue, the wider context of both regional instability and internal economic hardship in determining how to forge a path to create positive outcomes for the future.

In the regional context, Jordan must take an integral regional role in the development of a solution for Syria and to a certain extent Iraq. The shared border with Syria could be an advantage rather than a disadvantage, but the recent drug trafficking risks should put Jordan’s national security as the highest priority. Neutralising these requires not just a short-term plan but also a long term one that takes into consideration the geographic realities and a process of change and a rebuilding. Facing this challenge now is essential for Jordan to play a key role in the future.

This is not going to be easy. The state of the region, particularly in Syria, has enabled a wide network of criminality. The trade of weapons, antiquities, alcohol, tobacco, human trafficking and, above all, drugs, has become the base for a global network of criminal activities, across various operatives and countries.

Countering these criminal activities requires decisive operations that target local criminal groups who play the role of receivers, buyers and promoters of these drugs. There is no doubt that security agencies and military personnel have faced massive threats, dangerous foes, and a lot of stress over the past decade and have done a commendable job in a fast-changing environment where the risks and threats are dynamic. But the region is seeing a radical increase in the sophistication of crime and security forces are facing a new wave of criminal techniques that have not been seen before.

These advanced tactics, networks, tactics and operations require a step up in professionalism and breadth and reach to counter. For drug smugglers, Jordan could easily develop from just a transit point for drugs to a solid market, this will make the problem much more complicated and risks much higher.

Cross border criminality is currently one of the greatest challenges for the security apparatus, especially as these criminal groups increasingly interact with and facilitate terrorist groups. But it is also important to address the underlying push factors towards criminality, by maintaining social stability. These groups are incubating within society and recruiting the marginalised. So, it is important not to forget that when more of the population is marginalized by economic hardship, many more will turn to crime.