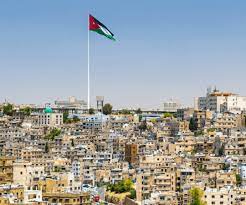 Many countries around the world are focusing on internal recovery and resilience policies to mitigate the economic and social impact of coronavirus. When it comes to economy, their efforts are primarily concentrating on reducing obstacles for the private sector and create a more competitive environment. While this is not an easy task, innovative ideas come from different sectors.

In a country like Jordan, where all the economic indicators suggest that Jordan is facing a serious situation, and most of the public financial measures amid COVID-19 created widespread economic frustration amongst large swathes of the population, it is critical to develop more effective and efficient policies that think globally and act locally. Simply, Jordan’s economic problems cannot be solved with traditional regressive approaches like taxation and increasing prices for people.

Jordanians have been facing these hardships for many years, and the frustration is underpinned by a long period of ineffective economic policy that has resulted in a lack of industry development and a decline in the quality of life for individual Jordanians. COVID has compounded that impact on people's livelihoods, their health and food systems, and the resulting economic and social disruption will be difficult to deal with.

There is no doubt that Jordan needs a better approach to the creation of wealth, and this cannot happen without a balanced plan to develop new and support existing industries across the country, and facilitate a more distributed population to leverage the potential and offer people more space to live in. Jordan needs an efficient government that focuses on agricultural strategies, regional logistic hubs and development in general. Large-scale projects in transportation, agriculture, tourism and other local industry are the pillars for any real economic improvement.

There has been increased interest in developing Jordan’s tourism industry, but this is a sector where a long-term strategy is required, alongside coordination and an understanding of how bad decisions can negatively influence any promotion of tourism in Jordan. For example, the world is building its recovery plan on COVID vaccination processes, the only way industries can safely restart and rebuild. Just before the feast season we see a sudden decision that has no understanding of the dynamics of how things are moving, a Minister of Health who has been dealing with COVID over the past two years sends a request that eliminates any value of a vaccination certificate at a time when incentives to promote the vaccine should be the priority.

Requiring incoming passengers who are already vaccinated to hold a negative PCR before their arrival as well as doing another PCR test upon arrival at their own expense demonstrates decision making that is not taking into consideration various aspect of economic and socio-political realities. It also suggests a lack of any comprehensive recovery plan and devalues vaccinations. Unfortunately, it appears to be an impulsive way to cover up failure and mistakes. We are not in the early days of the pandemic where people accepted all the harsh measures, after two years it is time to have a clear strategy.

People are not willing to continue paying for the mistakes of these governments, so it is important to remember that the failure to create a sense of security and give people control over their own livelihoods will drive them to seek security and comfort in smaller not larger groups, whether tribal, geographic, or religious rather than national. This is likely to fuel the sense of fragmentation within the society and make government-citizen relations problematic.

While economic hardship is a serious issue, decision makers also need to keep in mind the delicate regional situation and the potential implications for Jordan. In these difficult conditions, internal stability should be the major priority of Jordanian policy makers as social disorder could create fertile ground for serious security risks, including organised crime and terrorist groups, which could further threaten internal security and stability.