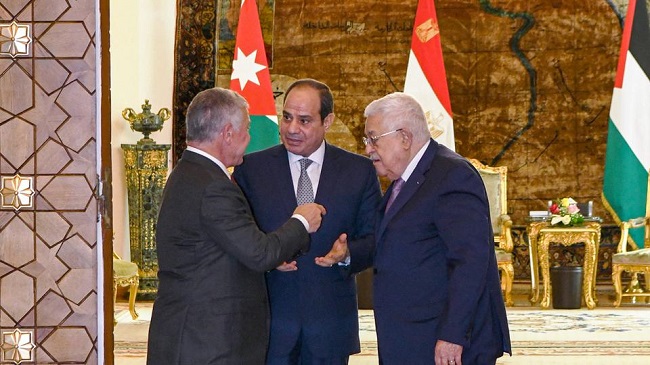 Since US President Joe Biden came into the White House, there have been serious attempts to kick-start the stalled Israeli-Palestinian peace initiative. There is no doubt that with Benjamin Netanyahu no longer Prime Minister of Israel, the Americans have a much better chance at getting things moving.

This is all leading up to the 76th session of the UN General Assembly in a few weeks, with the aim of building an Arab bloc with a united vision and position. There is a likely return to the cornerstone issues of geography, which had been sidelined over the last few years when Israeli peace deal with other Arab countries was the focus. The difference being those peace deals were based on choice, but for the Palestinians there is an obligation. There is a real possibility of an initiative that includes the new Israeli Prime Minister Naftali Bennett in any upcoming meeting. But before getting too hopeful, it is important to seek realistic answers to some complicated questions.

There are real questions whether Israel, with Prime Minister Bennett’s fragile Cabinet can be a real counterpart who can compromise and offer incentives or even sacrifice to secure peace. There are real concerns that any comprise could threaten the stability of this government from within. The current American administration is certainly trying to support the stability of the new Prime Minister’s position, fearing the potential return of Netanyahu. As such, the extent to which this government can offer what is required to make any peace initiative possible and sustainable remains a real question.

On the other side, there are questions around the role of Hamas and whether they accept the potential political gain from such a situation. Is Palestinian reconciliation valid for the movement, does it accept to be part of a national unity government that tries for peace talks with the Israelis? Keeping in mind that any escalation with Hamas that results in rockets fired on Israel could also lead to the fall of the new Israeli government, bringing any potential peace talks back to square one.

Meanwhile, there are pragmatic questions about whether a sustainable solution even exists. It is difficult to be optimistic, but it is important to seize the opportunities presented by political change, at least to recalibrate the discussions back to realistic grounds. It is a complex and fluid situation with shifting priorities in the region and around the world. Particularly with the recent withdrawal from Afghanistan, which may have impacts well outside its borders, and even the region, with European and NATO countries concerned about security impacts from refugees and how to manage the risks associated with the change in power.

Movements such as Hamas and Hizbollah as well as political Islamist groups are interpretating the Taliban model as an invitation to adopt an aggressive and strong approach to be recognised as dominant political players. This could have major impacts on any peace initiative.

So, while it is important to try to seize the moment to relaunch a peace initiative, it is also critical to remember that the elements necessary for success are not easy to piece together. A fragile Israeli government and serious challenges from security issues to widespread social frustration and poverty an inevitable part of post-COVID life around the world, there are a lot of factors at play.