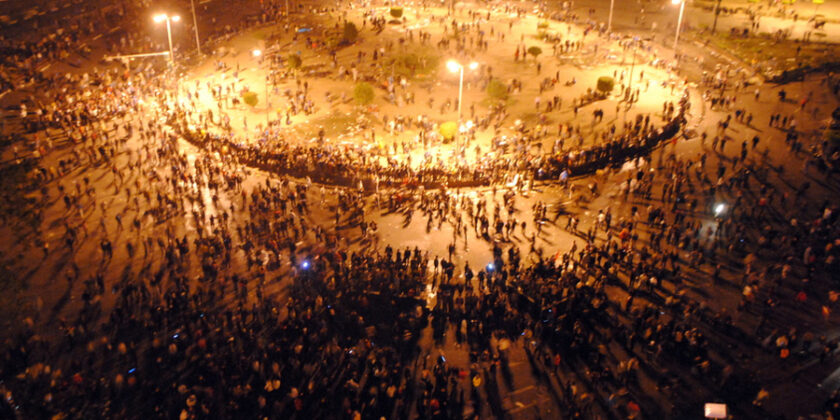 Comments Off on Missing credibility and risks of instability

This year marked the 10th anniversary of the spark of the Arab Spring. While the process of change has had its ups and downs, it has continued, and we have seen this recently in Sudan and Algeria. The most important ongoing impact is the way these movements have weakened the political systems across the region, even in countries that have escaped overt change and haven’t seen strong opposition.

The lack of trust in political systems, low credibility and accusations of bad governance and corruption are the trends that are shaping the conviction of the new generations. This is a very important issue that should be considered, as it could drive the shift to a new style of confrontation with political systems.

The main trend of previous protests during the Arab Spring has been around accusations of individual corruption, and the evolution of this trend is towards institutional corruption, which shifts the negative sentiment from anti-individual to anti-state.

It is important, then, to realize that any future uprising amongst the new youth will be driven by those who lived and grew up disappointed in the older generation and are increasingly disillusioned with the state and its structures. This suggests that future protests will have a higher proportion of those younger generations with more advanced technological expertise, as the generation of TikTok is more likely to drive anarchy rather than calls for political reform.

In Jordan, during the Arab Spring protests, people were calling for political reform and policy change based on existing institutions with a respect for the state. However, this sense of responsibility and respect for the state has been draining, as corruption and lack of transparency, nepotism and favoritism are becoming the main characterizations of governments.

This development increases the risk as the approach could legitimize in the minds of the protestors to act against the state as people no longer feel they belong and are the subject of exploitation, while seeing government and state policies as the reason behind their misery. This makes it critical to deal with the perceptions of corruption, which is threatens the existence of any state as a cancer that affects the efficiency and productivity of the system. Mistakes in management that causes human catastrophe in healthcare, infrastructure and transportation are seen as a result of this corruption, so it is important to address.

In Jordan, talk of corruption and the inefficiency of addressing it has been increasing noticeably. The perception of corruption is increasingly solidifying in the minds of people. A new approach to restore the image of the state in fighting corruption is becoming a critical necessity.

The efficiency of the bureaucracy is an important issue to resolve to this end. What is required is an administrative or white-collar revolution, to revive the spirit of our institutions based on the concepts of reward and impeachment. The bureaucracy must clearly know that success will be rewarded but that failures and mistakes will be held accountable to ensure that everyone does their job properly. Reform is necessary in order for our institutions to competently respond to a crisis in a steadfast manner.

The state should apply innovative methods and changes, starting with strong laws and virtuous officials. This would not just be necessary to maintain a good healthy image of the state, but it is also important to restore the people’s confidence, rebuilding credibility, and re-establishing hopefulness and optimism.

It is important not to forget that people need to see action and real change at all levels, such that they actually notice the changes in their daily lives. This can only be done by impacting all types of officials with a new motivation structure to change the mechanisms of work and achievement.

A shared sense of responsibility is the key to open the doors of credibility and trust. This sense of awareness can only be built by building and rewarding efficiency, which in turn leads to effective political leadership, rather than a lack of responsibility which destroys any efficiency in the system, political inclusion of youth, and put an end to the centralization of power in the hands of small group of people.