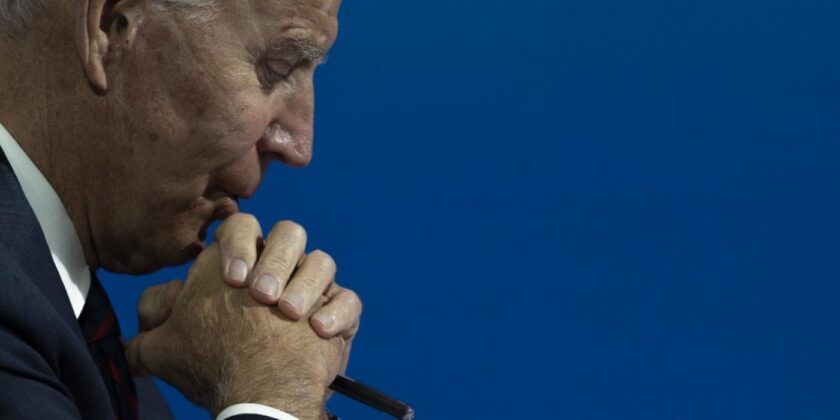 There are many issues that will impose themselves on the agenda of the incoming Biden Presidency. The strategy to counter China was the focus of the Trump presidency’s foreign policy, and it will be difficult for Biden to shift this focus. It is an extremely sophisticated global conflict with both open and latent levels of confrontation. The all-out economic war as well as the political containment strategy on both sides, particularly as it relates to dealing with US allies who have an interest in dealing with China.

This is likely to result in harsh steps towards Russia and Iran. The future of the relationship with Iran should not be viewed through the past, as things on the ground are completely different. The sanctions regime imposed on Iran has created internal instability, as the containment strategy of Iran’s influence across the region has been to create issues for them within their own borders. As a result, from Lebanon to Syria, Iraq and Azerbaijan the situation is longer in Iran’s favour. Further, the recent steps by conservatives in Iran to breach the nuclear deal and begin enrichment have created internal political conflict that will make the restoration of the previous deal under the same terms extremely difficult.

From a national security perspective, Biden will need to seize the current situation in Iran and leverage their pain to continue the containment of Iranian influence in Lebanon, Syria and Iraq, and tame Iran’s hostile policies not only with their nuclear ambitions, but also their tactical ballistic missiles and deployment of militias. Moreover, when it comes to the Middle East, Biden will also have to continue to deal with Turkey and President Erdogan’s antagonistic policies that are focused on the US and its allies, especially in Eastern Mediterranean and EU internal security. NATO will pressure Biden to address the Russian S400 missiles that Turkey has deployed, and is not acceptable to them, or the security of the alliance.

When it comes to the Middle East Peace Process, Biden will find it extremely tempting to leverage the historic progress that Trump has made on moving towards an Arab-Israeli peace. The recent Palestinian move to declare the restoration of coordinating with Israel is likely to overcome the issues around the lack of direct negotiations between Israel and the Palestinians. It will be critical to ensure the Arab-Israeli peace treaties are not seen as a trick to avoid the central Palestinian-Israeli peace. From this point of view, it will be tempting for any American administration to seize the moment and continue along the path.

While the other Gulf countries, Morocco and the Sudan can choose to enter a peace treaty with Israel, Saudi Arabia is obliged to come to terms as a sponsor of the Arab Peace Initiative, and will have to maintain the existing structure, with little room for modification and flexibility. Despite this, the political imperative for Saudi Arabia is to use any process to improve its strategic interests before taking any steps toward the declared normalisation of relations with Israel. This might explain why the Saudis are showing a great degree of flexibility in resolving some of the problems, such as the Gulf crisis with Qatar, and showing a willingness to talk to the Iranians. Although normalisation of relations with Israel is still not easy to achieve for the Saudis if it is not tied to a complete solution of the Palestinian issue, so the Saudis’ are seeking some political and strategic advantages and trying to avoid any pressure that the new administration might put on them.

From a practical point of view, the new Biden administration will have to deal with the heritage of the Trump administration, and while there are expectations of changes in approach and position, the facts on the ground will likely impose the priorities.