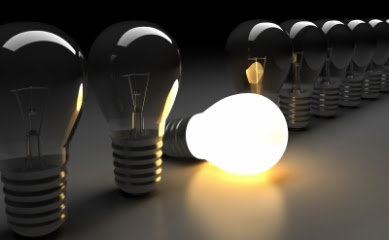 Comments Off on New thinking for old continuous challenges

All the economic indicators suggest that Jordan is approaching a critical point, and the recent financial measures taken by the government amid COVID-19 will likely create widespread economic frustration amongst large swathes of the population.

Jordan’s economic problems cannot be solved with higher taxation and increasing prices for the people. Jordanians have been facing these hardships for many years, and the frustration is underpinned by a long period of ineffective economic policy that has resulted in a lack of industry development and a resulting decline in the quality of life for individual Jordanians. Now, with the impact of COVID on people’s livelihoods, their health and our food systems, the resulting economic and social disruption will be difficult to deal with.

While economic hardship is a serious issue, decision makers also need to keep in mind the delicate regional situation and the potential implications for Jordan. In such difficult conditions, internal stability should be the major priority of Jordanian policymakers as social disorder could create fertile ground for serious security risks, including organised crime and terrorist groups, which could further threaten internal security and stability.

There is no doubt that Jordan needs a better plan for the creation of wealth amongst its population, and this cannot happen without a balanced plan to develop new and existing industries across the country, and facilitate a more distributed population in order to leverage the potential and offer people more space to live in. At the moment, the entire south of the country with its wide spaces and wealth houses less than 10 per cent of the population.

Demographic imbalance is a negative factor for local development, and policies to expand demographic distribution should be a priority for any government, particularly agricultural strategies, regional logistic hubs, and development in general. Large-scale projects in transportation, agriculture and other local industry are the pillars for any successful improvement. Jordanians are resilient and can weather economic hardship, but there must be a clear path to success and change for them to persevere. Without that, psychological impacts of helplessness will put more pressure on Jordan’s security and stability.

A political diagnosis of the Jordanian situation suggests that Jordan suffers from critical issues, such as the concentration of power in the capital Amman, the failure to foster a national identity, the lack of a plan for industrial development and inefficiency in the de-radicalisation process. Moreover, COVID has created increasing complexity and difficulty in addressing these issues. The failure to create a sense of security and give people control over their own livelihoods will drive them to seek security and comfort in smaller not larger, whether it is tribal, geographic or religious rather than national. This is likely to fuel the sectarian and ethnic division that is plaguing our region today.

Jordan is clearly facing serious challenges at the regional level, with the peace process and its implications for Jordan and the potential for some options to be imposed on Jordan. This makes it critical for Jordan to focus on borders, refugees and security. Jordan’s geographic position has been used to its advantage through political positioning for many years and now the focus must be shifted to use that location for economic advantage by engaging with its neighbours and using shared borders for shared economic interest. This requires a serious revision of Jordanian domestic and foreign policy as we are unlikely to see regional changes move quickly.