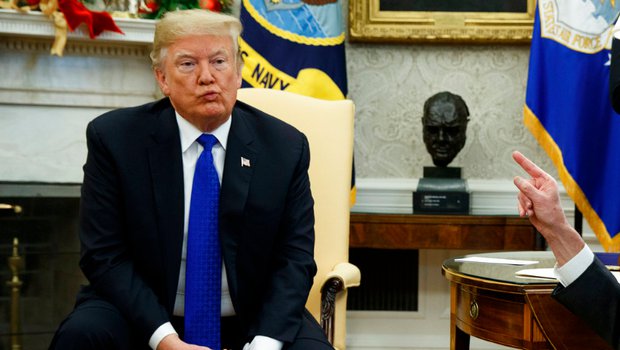 Comments Off on With or without Trump’s deal, on the ground, things have already changed

Many analysts are treating the peace deal proposed by US President Donald Trump as a package that is designed to be imposed on the ground, in its entirety, immediately, pointing out the impracticality of it and calling it unfeasible. This is a proposal, subject to agreement and rejection, as well as time which has long been a determining factor as what many are calling for today, they were rejecting just years ago.
This evolution proves that while some may reject elements of the proposal, changes on the ground cannot be rejected. As things change and the proposal becomes reality, there is less margin for rejection and fewer possibilities for alternatives.
After years of limbo, major issues like refugees, security and borders are being resolved with purported practical solutions. The economic situation across the region has orchestrated little resistance; most are facing desperate economic times and are balancing between fragile and failed states.
The US plan does not necessarily impose itself on both parties, and in some parts insists on recognising past attempts as part of the current obstacles to achieving a solution: “Reciting past narratives about the conflict is unproductive. In order to resolve this conflict, the solution must be forward-looking and dedicated to the improvement of security and quality of life, while being respectful of the historic and religious significance of the region to its peoples,” according to the US peace plan between Israel and the Palestinians.
The US insists that its role and vision is to seek a practical feasible solution, and aims to bring this agreement under the UN to make it the one and only reference for this long-term conflict:
“The role of the United States as facilitator in this process has been to collect ideas from around the world, compile them and propose a detailed set of recommendations that can realistically and appropriately solve the conflict. The role of the United States is also to work together with other well-meaning countries and organisations to assist the parties in reaching a resolution to the conflict. But only the Israelis and Palestinians themselves can make the decision to forge a lasting peace together. The final, specific details of the Israeli-Palestinian Peace Agreement must be worked out directly between the parties. A main fault line in the Middle East today is between leaders who want to create economic opportunity and a better life for their peoples, and those who manipulate religion and ideology in order to foment conflict and excuse their failures. This vision aims to be respectful of ideology, religious beliefs and historical claims, but is focused primarily on putting the interests and aspirations of the people first.”
Many analysts and politicians are highlighting the difficulties in applying the plan, especially in the absence of a Palestinian consensus. But a lack of consensus and agreement does not change things on the ground, so even if this attempt at peace is not successful in theory, in practice it is beginning which shaps reality with a focus on the economic rather than the political, and the importance of security cooperation.
As such, before focusing on the difficulties of accepting the deal, a change in perspective is needed to see whether things on the ground are changing. This is not just about the small circle of peace between Palestinians and Israelis; there is a broader element to this, which is cited in the proposal:
“The peace agreement that will hopefully be negotiated on the basis of this vision should be implemented through legally binding contracts and agreements [the Israeli-Palestinian Peace Agreement]. It is also the hope of the United States that Arab nations within the region that have yet to achieve peace with the State of Israel will immediately begin to normalise relations with Israel and eventually negotiate peace agreements with Israel.”
So, while this deal can be rejected, it cannot stop the changes on the ground and the new realities that are increasingly minimising the ambition of the Palestinians.
Dr. Amer Al Sabaileh