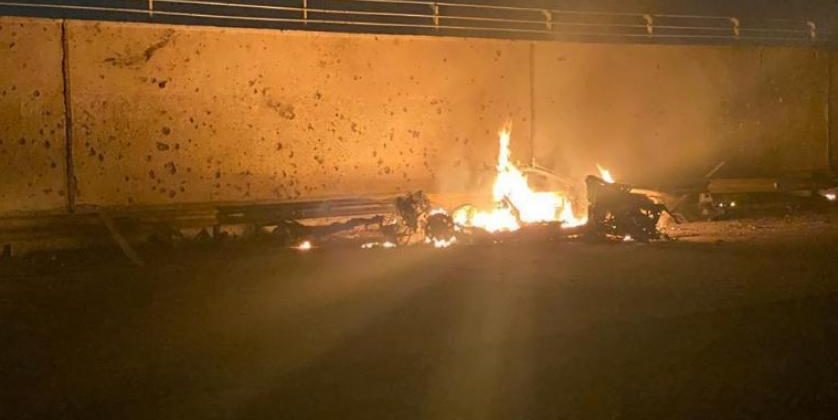 Comments Off on What after Soleimani assassination?
The prospect of war is dominating concerns across the region, following the assassination of Iranian General Soleimani by the US in a targeted missile attack just outside of Baghdad Airport.
While the possibility of direct confrontation between the US and Iran remains always high, the concept of open war has completely changed, and there are many variables which must be considered. From Iran’s perspective, there is a lot of pressure as a result of the sanctions and the broader US anti-Iran strategy that is impacting both internally and externally, including flow on affects to Iran’s regional allies.
It is clear that Iran was betting on less focus on the region from the US as Trump refocuses on domestic issues in the lead up to the election to ensure that issues remain within his control, especially given the recent impeachment. As it turns out, the US President has played an unexpected game of managing his domestic issues by escalating international issues as a distraction, where Trump can project strength without going to war, and minimizing casualties. As such, Trump’s plan likely leads to negotiations where he can demonstrate a win by extracting concessions from the Iranians prior to the election.
The world has changed in the last decade and the concept of war has evolved. There is little interest in open warfare that has catastrophic impacts on the protagonists. The Iranian regime is too clever to enter into warfare that causes maximum damage and casualty, especially given their capabilities enable them to hurt the US at best, but the Americans can annihilate Iran with their military might.
Iran’s objectives under this regime have always been survival and projecting power across the region. As such, what they are seeking in this situation is a way to exit the economic hardships it is facing from sanctions, while maintaining its power and influence across the region. The US Administration needs to be able to demonstrate a win by taming Iran and containing its regional influence and global terrorism funding through a new deal with effective limits on Iran’s nuclear capabilities. Trump needs all of this to be better than Obama’s previous deal in order to prove his claims of being a deal maker.
In the coming months we may see a peace deal or even deals with Iran that put an end to the crisis in Syria, which could become key pillars that President Trump uses in his re-election campaign to demonstrate his effectiveness as a world leader to solve complex and intractable issues. It could lead to a broader push for more regional settlements, which could force several other countries to change their positions and approach to the region.
We have also this week seen Russian President Vladimir Putin visit Damascus, suggesting that Russia is positioning to fill the void in Syria that Iran is leaving as its resources are drained. With Soleimani gone and Iran’s Quds Force requiring new leadership, Russia’s military presence in Syria is now the dominant external force on the ground. This could prove a buffer against an escalation that targets the US or Israel, and likely forms part of the drive for reconciliation between Turkey and Syria that Russia is facilitating, further demonstrated by the fact that Putin’s trip to Damascus was followed by one to Istanbul.
Dr. Amer Al Sabaileh