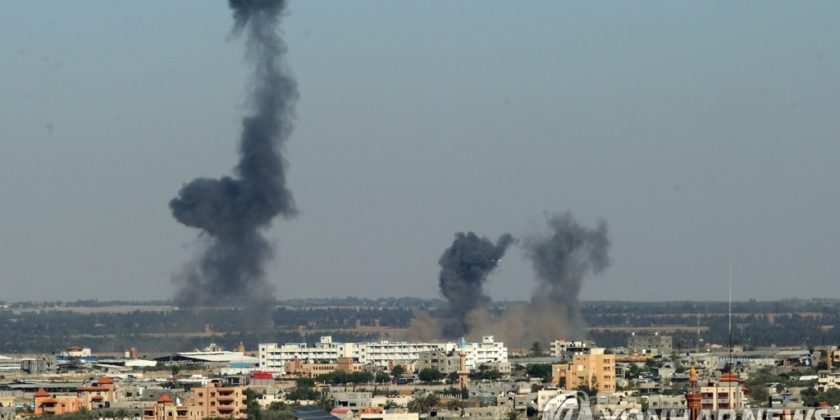 Comments Off on Gaza’s continuous escalation and possibilities of settlement
Last month, as has come to be expected just days before the Israeli elections, war in Gaza sparked. Now, during the consultations and negotiations to build a coalition to form government in Israel, it has sparked again. The possibility of ongoing escalation appears to be increasing over the coming weeks, despite the fact that neither Israel nor Hamas are willing to a drawn out, open military confrontation.
From an Israeli perspective, this kind of escalation cannot lead to a military invasion of Gaza because of the high cost of life that it would entail. Similarly, the Palestinian factions recognize that they cannot match Israel’s military capacity, but that there is opportunity to gain advantage in the negotiation of a truce.
While there is no real solution to Gaza in the short term, the two main groups in Hamas and Al Jihad are clearly different in their approach. Hamas is far more political and cleverly positions to capitalize on power dynamics. Whereas Al Jihad is less political and much more a group of fighters. This distinction will have clear implications for the coming political negotiations in Gaza.
As the incoming Israeli Government is negotiated and coalitions form, there is a high risk of another flare up on military tensions, which could include a ground operation with Israeli military boots in Gaza. At the same time, Netanyahu does not want to start his record-breaking fifth term as Prime Minister having to order a retreat from Gaza and negotiate away the advantages he has fought so hard for.
His preference has and likely will continue to be focused and targeted operations that collects high level intelligence that creates an advantage for Israel with much less risk than a large presence of troops on the ground. Further, even annexing Israeli settlements in the West Bank would give him more credentials to negotiate a coalition than another expedition into Gaza. Alternatively, the continuing pressure for a military deployment in the Golan Heights to claim them for Israel is also far less risky compared to a Gaza deployment.
For Hamas, it is imperative to maintain the balance of power in Gaza without risking further deterioration of the situation in the enclave. Strategically, Hamas wants to be the single unified voice for Gaza in order to cement its political position as a willing partner in any potential deal. This would also suit Israel, compared to negotiating with a fractionalized people with differing demands and expectations, and especially since Israel harbors suspicions that Iranian intelligence is working with the Islamic Jihad movement in Gaza.
While the next few weeks could see another escalation in Gaza, it is unlikely to be drawn out open conflict. Netanyahu is trying to position for political gain as he negotiates with the minor parties to form a new coalition, and Gaza is expecting limited skirmishes as business as usual around the Israeli political process.
On the ground, it is difficult to see an end to the crisis, but neither side is interested in a long or drawn out conflict. So what we are really seeing in Gaza is political exploitation rather than war.
Dr. Amer Al Sabaileh