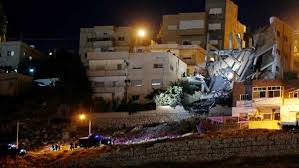 Comments Off on New trend of terrorism requires innovative prevention and intervention plans
The recent attacks in Fuheis and Salt completely change the anti-terrorism battleground. The approach to anti-terrorism must be reevaluated given that we are dealing with terrorists who have managed to hide their radicalism by listening to music, smoking in coffee shops and even having non-veiled wives.
This appears to be a new approach in Jordan, with Jordanians planning and operating within our borders suggests that the risks are growing and counterterrorism operations must also change to be compatible with new challenges that could exist for some time as the conflict in Syria begins to wane.
These recent attacks appear to set a new battleground. Traditionally the current phase has seen terrorists targeting military targets, which they consider illegitimate tyrant forces, but the Festival at Fuheis was all civilian. It is also the first time we have seen a building blown up and the first suicide bomber ambushing security forces. The new battleground is a result of Jordanians returning from abroad with new terrorist skills and experience.
The incident at Salt demonstrates the highly effective nature of the anti-terrorism squad within Jordanian Intelligence, as they analyzed the Fuheis attack, identified the key people at great pace. Their response must be lauded, and greater efforts given in similar fashion in the future. However, the high number of casualties amongst the security task force that responded to the terrorists suggests the Jordanian authorities should consider and review their security plans, training and tactics.
Any review at the intelligence and operational level should also consider the entire deradicalization process. It is clear that all the conferences, seminars and money spent on strategies and plans to combat extremism and terrorism, including the establishment of the anti-extremism unit have been in vain and had no real value. Those responsible should reconsider all the training programs and anti-terrorism strategies.
The move by Prime Minister Omar Razzaz to establish an anti-extremism unit at the Prime Ministry to “expand its mandate and activate its contribution to the fight against radicalism” is highly important, but should take a wider national strategic approach. It is important to make the work of this unit clear, and subject to transparency and accountability, while all underlying influencers who place obstacles in front of the work of this unit and the strategy should be sidelined immediately.
Moreover, those who will run the Prime Minister’s unit should be aware of the complexity and wide ranging nature of extremism. There needs to be a comprehensive vision that focuses on socio-economic strategies and not on superficial rhetoric. This unit should coordinate with ministries like planning, labor, agriculture, culture, youth and social development in order to establish and implement its society-wide vision.
Jordan is facing a new wave of challenges in addition to its economic and security challenges, so now more than ever it is time for efficient and effective solutions to its current problems in order to be in a position to face its future problems.
Dr. Amer Al Sabaileh

Iran and the challenges of US-Arab alliance

In an interview by Hoover’s Washington, DC, His Majesty King Abdullah referred to His talk…