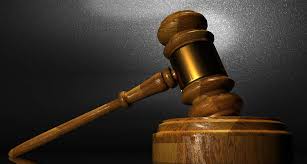 Comments Off on Decisive actions of Punishment to combat corruption
Corruption is one of the most serious problems that threatens the existence of any state. However, it could be described as an expanding tumor, not just for its danger but also of its method of expanding. In Jordan, talks about corruption and the inefficiency of fighting it has been increasing noticeably. The perception of the people regarding this matter has become a solid conviction in their minds.Henceforth, applying a new approach capable of restoring the image of the state as corruption fighter is highly required. The recipe to achieve this goal can be found in the Machiavelli Discourses; his vision can be easily implemented in the modern governance system, emphasizing the issue of corruption and corrupted. The following quotation from Machiavelli’s Discourses, Book I, Chapter XXIV explains exactly what needs to be done:

“No well ordered republic ever canceled its citizens’ demerits with their merits…Having rewarded a citizen for performing well, if the selfsame man does evil he must be punished without any regard for his good works. And when these fundamental principles are well enforced, a (nation) lives free for a long time: otherwise it is quickly ruined.”

The state should apply innovative methods and changes, starting with good laws and behaviors of virtuous officials. This would not just be necessary to maintain a good healthy image of the state, but it is also important to restore the people’s confidence, rebuilding credibility, and re-establishing hopefulness or optimism. Machiavelli believes that this should be done at least each ten years. The delay in fighting evident corruption would invite grave degeneration, and the risk on the state itself will be higher that’s why regarding this issue he wrote:

“Men begin to change their habits and to transgress the laws, and if their memory of punishment is not refreshed, and fear is not renewed in their spirit, soon so many delinquents will be found that they cannot be punished without danger.”

The merciless punishment announced of powerful corrupt figures involved in scandals is the most efficient technique to restore law and people’s trust. Rules and laws applied to crack down those who violate the norms, values and principles of the state would give hope to all people in having their own legitimate rights in a very truthful environment.

Actually, Machiavelli talks enthusiastically about the execution of corrupt persons in public, so as to send a clear obvious message to all people and get the best outcome of it. Otherwise, the symbolic killing that, in its peak, aims at merely destroying the reputation of the person and will have no effect on the public; causing people to lose hope of ea real positive change. Turning a blind eye to corruption, will make things worse because it will not last much before facing a more serious crisis that will threaten the survival of freedom and liberty. It is important to mention here that the battle against corruption is a continuous one, due to the nature of human beings where corruption takes place. Thus, it will keep arising.

The real risky transformation that corruption causes to the state is the shift of interests from general welfare to personal gain from the bulk of the citizens’ side. Thus, riots and other troubles become a real threat to the state. Hence, an influential act from the state’s side to face corruption is highly imperative and required. In Jordan, Prime Minister Razzaz is facing a critical challenge in restoring people’s hope of the state’s seriousness in fighting and eliminating corruption. What people care about is the results, especially when citizens have the need to feel the presence of their state. At this point , people will be full of hopes and promises that make them always available when the state calls for them.  This will never happen if people don’t fear punishment, and in order to send a clear message to all, serious impeachment is precisely the remedy.
Dr. Amer Al Sabaileh

15/05/2022During the past year, His Majesty King Abdullah met with US President Joe Biden twice,…