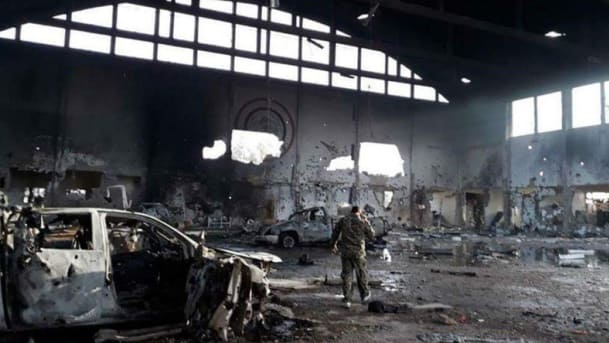 Comments Off on New phase of “Intelligence War”
The recent military intervention by UK, France and the US in Syria is less of a military move and more of a political one, due to the inherent limitations in any military action in Syria right now. The underlying intelligence war is far more telling as a development.
An Iranian Foreign Ministry spokesman confirmed the death of Iranian “military advisers” at the Syrian military base T4 recently attacked by Israel, and condemned the attack accusing Israel of breaking international law, and threatening regional implications for the increasing complexity in Syria.
The reaction of the Iranian axis in the region shows two things. Firstly, the attacks against them were very successful, as the number of Iranians who were killed appears to exceed that declared by the Iranians themselves. Secondly, the attack appears to have taken the Iranians by surprise, despite their sophisticated intelligence operations on the ground, the Israelis appear to have successfully circumvented it.
The Israeli operation has broader implications. Hezbollah leader, Hassan Nasrallah threatened Israel in response, saying that the operation has put Israel in direct confrontation with Iran. So the proxy war that has dominated the region over the last few years is changing gears to an all out intelligence war, including cyber warfare. Syria is likely to remain the main arena for conflict, but violence could easily spread to Gaza, the West Bank, southern Lebanon and potentially even South America and Africa, where proxy wars could break out.
This intelligence war has developed in the context of the Trump Administration in the US making Iran its main target. Iran is facing challenges on several fronts, from the military and intelligence battles it is waging and the potential for armed conflict on its borders through to potential economic instability if the nuclear deal falls over, which could easily lead to internal destabilization.
Intelligence wars by definition create uncertainty and paranoia. Countries like Jordan could face increasing pressure due to its geographic position, and its strategic importance, especially in the north of Jordan and South of Syria. The already contested areas are obvious targets for intelligence operations, but also for increasing cyber warfare. This can be seen by the recent incident at Shayrat Airbase in Homs where Syrian air defense systems were activated in response to a missile attack targeting the base, which turned out to be a false alarm. It is highly likely this was not human error or a system malfunction, but a warning sign for increased cyber warfare.
Dr. Amer AL Sabaileh

Posted by: Amer Al Sabaileh
View more posts
What can the US military intervention change in Syria?
Is the south of Syria an attractive spot for terrorist groups?