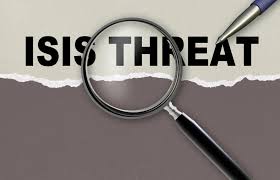 Comments Off on The new phase of terrorism
Many observers believe that recent developments in security measures have increased the effectiveness with which we can face terrorism, as evidenced by the falling number of attacks by IS or other groups. While we may have developed strategies and tactics to more effectively fight the model of terrorism that IS uses, we cannot be content as terrorists will continually develop and find new ways to attack and divert current measures.
The recent fall of IS means that we will see new developments and changes to the tactics used by terrorist groups and new targets and attacks methods. We are seeing such developments with recent confrontations with local authorities in the Sinai as well as attempts to build bigger networks such as in Libya and Yemen. While in Europe and the West we are likely to continue to see lone wolf attacks and other less sophisticated tactics.
Some of these developments and the evolution of terrorist tactics could result in less direct confrontation with the security establishment. Many groups and networks have gone further underground and are beginning to operate through existing organized crime groups. Any direct confrontation with security forces in the near will be to cause massive damage, but they are likely to lay low and rebuild before we see large scale attacks like that again.
The security establishment must continue to track the return of foreign fighters, but also track organized crime groups, including money laundering operations, human trafficking, drugs and weapons smuggling. That is where they will find the terrorist networks rebuilding.  There has been a massive increase in the amount and type of drugs in the Middle East, demonstrating that the global distribution networks now cover the region, and will be where the terrorist groups are rebuilding.
So while these groups are rebuilding, they will shy away from direct confrontation, and will focus on creating social disorder and discontent. Seizing on social violence and social conflict these groups will promote radicalization and recruitment. The triggers for radicalization are well known and addressing them must become part of the deradicalization strategies. These triggers include poverty, unemployment, tribal conflicts, extremism, availability of weapons, social and domestic violence, political and economic frustration and anti state sentiments.
Jordan for example will be always be a potential target for terrorist groups, especially after the fall of IS in Syria and Iraq both because of proximity, but also because of the prevalence of these triggers. In the rebuilding phase of terrorist networks, we are unlikely to see direct confrontation with the security system and more likely to see tactics that weaken the legitimacy of the state and seizing on social disorder. That is how these groups will rebuild and recruit to grow their power and influence.
In order to inoculate and counter these groups, we must undertake reforms to alleviate economic hardship and be extremely careful how the state, through the security apparatus and the police interact with citizens. All of the state’s contact points with citizens are at risk of creating the atmosphere and discontent that these groups are relying on to garner support and resources in order to rebuild.
Dr. Amer Al Sabaileh