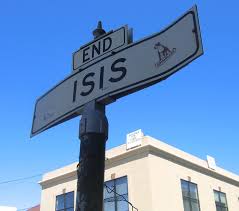 Comments Off on The Day after ISIS
One of the most pertinent questions today is what can be expected after the fall of ISIS. The end of the group does not mean an end to the phenomenon, extremism and the roots of discontent that drive it are still flourishing. These are the issues that must now be comprehensively addressed.
The ISIS phenomenon has forced governments to approach the threat differently as they were not limited to a single geographic area, so they think globally and act individually. However, in order to be effective, governments need to revise their risk models as problems in countries like Jordan are completely different to those in Russia, or the UK, Germany and France or even China and Japan.
The continuously evolving terror threat will not end through the military elimination of a major group, in fact that will just lead to new phases of violence with different targets and new styles. In each country and each jurisdiction we need a tailored approach.
The nature of the threat in Europe requires more intelligence efforts, civic order and control measures and revision of policies that radical organizations exploit to their advantage. In the Arab world, most reports agree that the highest numbers of fighters come from Saudi Arabia, Jordan and Tunisia. The Saudi reform process gives us hope for change, and if they are successful then there will be a positive impact on the whole global effort towards de-radicalization in the Islamic world. The recent Saudi reform process is not just a religious one, but takes a socio-economic and cultural focus that is likely to produce better results.
Jordan should consider a similar process, as rhetoric alone will never solve such a profound and complex problem. The challenges are economic and cultural. Jordan needs a new economic vision, and while successful reform is not easy, we must start immediately. Micro-economic projects should be implemented under a systematic strategy that focuses on social development and food security. Moreover, we must rebuild economic pillars such as tourism and energy.
In parallel, Jordan must also address the cultural challenges. Historically, Jordan’s cultural identity has been influenced by an ideology that has promoted the concept of global jihadism in Afghanistan. This Wahhabism has been feeding the continuously evolving radical groups. Jordan must cement cultural concepts of tolerance, acceptance, and human rights and liberty of faith as cultural pillars.
It will be a major challenge to open minds and promote the sanctity of life amongst a population that has been infected with close-minded and hateful ideologies. We must promote the concept of “global citizen” as a key objective of socio-cultural reforms, otherwise we will continue in this vicious spiral and nothing of substance will be achieved, and nothing will change.
Dr. Amer Al Sabaileh