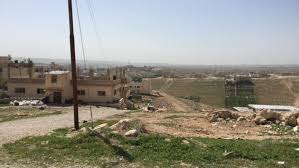 The ongoing crisis across the region is putting a lot of pressure on the security services and systems. There is no light at the end of the tunnel and very little hope that the crisis will end soon. Across the region, the dominant feeling is that of division, hate and revenge with an increase in the level of violence and the availability of weapons is ever increasing.
Jordan in particular is facing various internal and external challenges. Externally, the situation in Syria is not promising at all. While most of the battles are concentrated in the north of Syria, the instability that has created is impacting the south, which has direct implications in Jordan. While this could lead to attack on the Jordanian border, but there are other repercussions as well. There must be a focus on protecting civic unrest through the adoption of a comprehensive vision in dealing with conflicts and problems by anticipating the impacts and consequences of the situation.
In his last piece about Security in Jordan, David Schenker of the Washington Near East Institute highlights many of the recent problems in Jordan. While his article called for more support in Jordan, it sheds lights on the existing problems that lead to mistakes. Jordan needs to review its security and issues management procedures and strategies.
It is inevitable that with a long period of the security apparatus being on alert day and night that people and systems are exhausted. Resources and personnel can only take so much, and exhaustion can affect professionalism and the capacity building process. This is not an attempt to justify the mistakes but a call to see things from different perspective, as we are facing new risks and challenges which will continue to evolve, with no end in sight.
Enhancing and improving the capacity of the security system is important but it is also important to understand the nature of threats and in a very delicate situation. We cannot underestimate the threats and we must understand the risks in our current situation.
Our security system is greatly affected by political stability and stable policies.  Political games are a strong driver of the ongoing discontent and anger amongst people. The failure of public policies in development is leading to growing radicalism, and frustration of the political establishment is also related to the lack of representation of a large part of Jordanian society. We must refocus on the political reform plan and where it was supposed to lead us with our parliamentary government. Youth should be engaged to be part of the decision-making process, and people should participate in building their future rather than facing the same policies and the same people.
Our security is affected by government policies, and if Jordan has no vision to turn into a productive country that can provide hope for its people to build their future with more political representation for the youth and more involvement in the decision making process then we will see more deterioration and more pressure on our security system, which will only lead to more mistakes.
Dr. Amer Al Sabaileh

After Aleppo’s battle Jordan national security is the priority