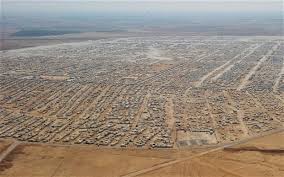 Comments Off on Jordan and refugee crisis
Historically, the Middle Eastern region has been living in continuous crisis since II WW.  These continuous crisis are also linked to the refugees case. Jordan, in particular, was the most affected place on this level. Waves of refugees had their impacts on Jordan: the 1948 and 1976 Palestinian waves of refugees, then the 1990 Palestinian refugee wave after Sadam’s invasion to Kuwait, the Iraqi war 1990-2003, and The Syrian crisis that heavily affected the Jordanian society, not to forget, our Yemeni, Lebanese and Libyan friends who found in Jordan a good place to settle in.
Back to the issue of the Syrian refugee crisis. Jordan is hosting the biggest refugees camps; for more than five years Jordan has received hundred thousands of refugees. After the recent terrorist attacks on the Jordanian borders , Jordan started to adopt a more cautious strategy in receiving refuges. From one side, security seems to be the main reason behind the over control or the blocking of the smooth feeling of refugees, as security information indicates a high risk coming from the fleeing of terrorists among those refugees, mainly those who came from ISIS controlled territory. From the other side, It is obvious that Jordan is not satisfied with the level of support which the International Community has assigned to Jordan, especially in the last two years when the issue of security became the priority of the International community.
However, Jordan has its own right to close its borders and protect its national security, and apply the measures that ensure its own security. Nonetheless, it is important also that this kind of strategy has a margin of flexibility. Especially when it comes to specific humanitarian cases. In the case of the older refugees, sick, handicapped, single mothers with young children, elderly and kids with serious health problems, those should be treated in a different way far from any political decision because  laws and restrictions in their simplest sense fall in front of humanitarian cases.
Jordan has played the most significant role in the management of refugee crisis, and it even responded to the pressure by allowing humanitarian agencies to provide food and water to refugees on the borders under army supervision. However, the International community should show more understanding to the Jordanian position, at the same time Jordan should be more flexible toward individual humanitarian cases and remember the words of Benjamin Franklin: “It takes many good deeds to build a good reputation, and only one bad one to lose it.”
Dr. Amer Al Sabaileh