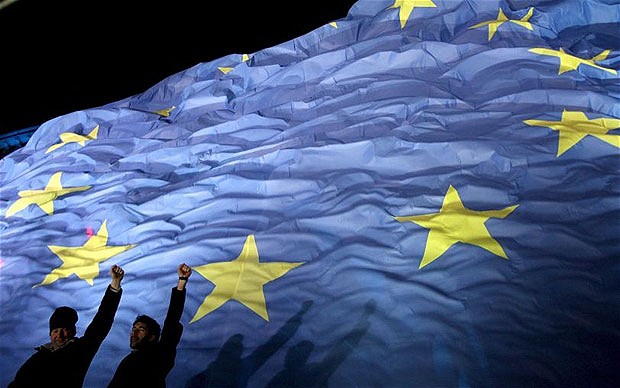 Comments Off on Critical trends and challenges facing Europe
Since the first terrorist incidents in Paris, Europe found itself in an open confrontation with new styles of terrorism. Unconventional terrorism, very simple operations on level of planning, but they are still based on the element of surprise. The European lifestyle is under threat because this new style of terrorism is simply targeting all aspects of civic life, and these aspects can never turn to military barracks.
Europe is facing a kind of terrorist strategy based on spreading chaos and frequent attacks on various places. This is stated in France and seems as well to reach many European countries, Germany now. These frequent attacks do not necessarily require big numbers of terrorist or any sophisticated tools, but it targets vital places, transportation, shopping centers, cafes’, music halls and restaurants., etc. Such action does not mean that this will be the only exclusive applied tactic of terrorism. Furthermore, the trend of violence might take  a more violent and sophisticated dimension. However, the simple operations represent a very dangerous model due to its capabilities to hit spending the lowest cost which thus increases the pressure on the security system, drains its energy and resources, and simultaneously creates an atmosphere of fear that affects negatively both the social and political structure of the society.
Challenges in Europe are several. On the internal level, facing the waves of terrorism is essential, yet facing the emerging waves of the growing extreme right groups can noticeably be a critical challenge. These extreme groups are always apparent in the culture of fear and hatred which seems to be fertile soil to grow in.
On the political level, both Right and Left wings seem to lose credit for the sake of new protagonists in the political scene. The extreme right groups are threating the center right groups while new emerging protest groups seem to threat the center left groups, i.e. some serious transformations might take place and re shape the political identity of future for the European governments. That might lead also to a phase of political instability.
These transformations might additionally affect the security systems in each country especially on the structure and the efficiency of security systems. Moreover, it might also put in question the capacity of many parties in dealing with current and future risks and challenges without having negative impacts on the European constitutions and its human values.
The security challenges in Europe are increasing, and closing an eye on the source of the current problem “having the enemy at home” might lead to a crueler situation.  So far, most of the attacks conducted in Europe were not sophisticated i.e. no exceptional weapons were used, but what if these operations turn to be more complicated? What if the security systems prove to be inefficient in facing such escalation?
Europe security challenges are many, yet the future political challenges might still be more serious if the security situation continues to deteriorate, and this new terrorist strategy of spreading chaos goes on.
Dr. Amer Al Sabaileh