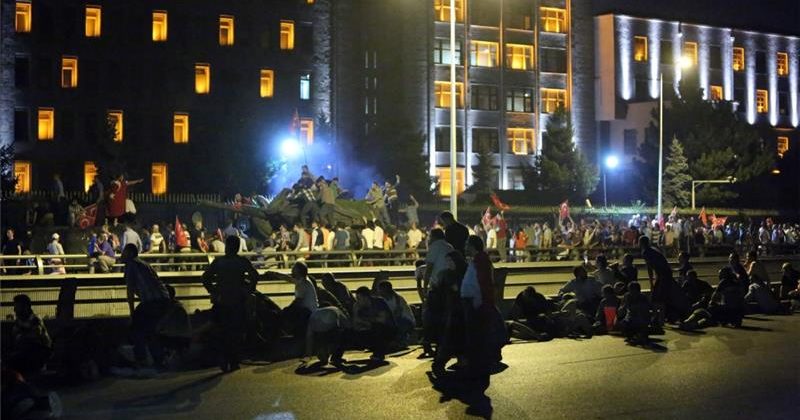 Comments Off on “Before and After” the Coup in Turkey
In Turkey, many signs have indicated the possibility of a military coup since 2013. Many reports refer to the level of discontent within the military establishment. According to those reports, Erdogan’s politics were the core source for numeral internal and external crisis; such crisis has also appeared within the same AKP especially after the continuous political dispute between Erdogna and his former colleagues.
In different scenarios, The Turkish politics were also subject to many doubts questioned by many countries, particularly when it comes to discuss the efficiency of the Turkish role in fighting terrorism, i.e. the role in Syria and controlling the waves of refuges to Europe.
Reviewing what happened in Turkey in the night of the 15th-16th of July, the first steps of the military coup showed that the operation is very systematic, well organized and nearly a successful process. This can be seen through these acts: seizing TV stations, announcing the fall of AKP government, deploying Tanks on the main bridges in Istanbul and Ankara, arresting top offices, controlling the military headquarter and launching coordinated attacks on police and security headquarters.
However, all changed in few hours, when Erdogan had the chance to talk on CNN Turk by Face Time application, which means that he couldn’t talk to any Turkish channel, asking people to take the streets. This call apparently was the game changer as the Coup was obviously relying on the curfew and the superiority of warplanes F16 and Apache which strangely looked so inefficient.
In all cases, the coup seems like an earthquake that will have its aftershocks inside Turkey, primarily on both levels security and economy. On the regional level, Erdogan will find himself very occupied dealing with internal issues which limit his capacity to be engaged in regional politics which gives him a very good chance to put an end to the crisis in the north of Syria.
Before the coupe attempt, the security situation in Turkey was already unstable, many attacks hit the Turkish cities which means that challenges coming from Erdgoan anti-Kurdish policies or the risk of war against terrorism will begin. Today, domestic security challenges are noticeably increasing, thus the after coupe strategy seems to work on the elimination of wide groups from within the Turkish state which will intensify the elements of chaos all over around. Therefore, this will definitely affect negatively the internal situation in Turkey that might suffer from the burdens of the coupe for a long-term of instability.
The other major risk, that Erdogan policies manifest a real desire to put an end to secularism in Turkey, which could also be one of the last few remaining centers of secularism in the Middle East. This will definitely create new attempts to launch the Islamists projects in Islamizing the whole region.
Dr. Amer Al Sabaileh