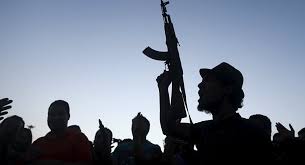 The preparations for the battle of Raqa and Mosul, the base of ISIS, seem to continue. The US seems even to look for an exclusive victory over ISIS, an important goal that Obama’s administration has achieved before the end of its term.
The major pending questions in the area are: Does eliminating ISIS mean the end of the organization or terrorism? Is the world interested in eliminating ISIS or eliminating the continuous breeding of terrorist groups?
Most of the information shows that the coming battle with Daesh would be able to destroy the structure of the terrorist organization. However, it might lead to a very critical stage in any coming confrontation with any new terrorist organization such as “Daesh 2”.
In the confrontation with such terrorist groups, it is important to analyze carefully the issue of declaration of the caliphate by ISIS. Also, it will bring any coming confrontation to a dead end even if ISIS disappears and other new organizations appear. In a matter of fact, if any new terrorist group is born, then it will find itself as a successor of the declared caliphate, therefore; the dimension of security challenges in case of ISIS or any coming group will be always global and the threats will target all the details of civic life. Moreover, the evolution of this terrorist doctrine shows that the more groups breed, the level of violence and brutality tends to increase, which simply means that any coming group will be more brutal and violent than ISIS itself.
The declaration of the Caliphate from ISIS side was kind of the declaration of the battle of “Armageddon”, the final battle that lives in the mind of many people from the battle of “Al Sham” and “Dabiq” to the invasion of Constantinople and Rome. Thus, the strategy of declaring the Caliphate managed to transform many persons to serve ISIS.
Remote extremists and Salafists, those who suffer form social, economic, political, and psychological problems all turned to be a timing bomb that is ready to explode anytime and any where in the context of the final battle and the victory of the Caliphate. In addition to that, the strategy of declaring the caliphate has opened a door for the “pilgrimage toward the terrorist group “this gesture has also put all the political systems that insist to build its identity on religious legitimacy in a kind of existential crisis, from the prospective of who represents Islam or the Sunni world. All this made the battle of some political systems with ISIS a battle on who owns the past and who is allowed to represent it in the present.
The battle today should be a progressive battle for change and a cultural battle for values. Meanwhile, insisting on making use of this battle politically would mean that there will be no solutions to face the source and reasons behind the continuous breeding of these extremist and terrorist groups. This would simply mean that the coming phase would witness a new conflict with very advanced brutal groups that will be viewed as an upgraded version of Daesh, called Daesh 2.
Dr. Amer Al Sabaileh