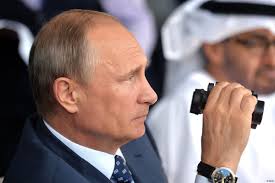 The urging launch of the political solution process in Syria seems to be at the top priority of both Moscow and Washington.  To achieve such process, both countries have already integrated a ground bases for this political solution by having two important UN resolutions: “to stop financing terrorism” and “to impose a political settlement”. On the practical side, the process included some essential steps like preparing the lists of terrorist groups, and then applying the cease-fire.
The Obstacles encountered negotiations in Geneva have forced the international powers (US and Russia) to seek some effective tactics in order to remove these obstacles and start the political process. Therefore, all the parties of the Syrian crisis should be subjected to pressure by its own ally. According to many observers, the US has put a lot of pressure upon its own allies which logically would urge Russia to do the same with its own allies to transfer the UN resolution from theory to application.
Consequently, most of the current political developments can be linked to the wish of the international community to make all the parts of the Syrian crisis ready to accept the obligatory option of “Political solution”. The Russian partial military withdrawal, for example; can be viewed from this prospective, especially that after five months from the Russian military intervention the environment for political solution seems to be much better than before, from limiting the expansion of ISIS, to changing the map of power on the ground, to draining the terrorist risks that can lead to chaos and Ending up in imposing cease fire and reconciliation among Syrian social components. Thus, identifying the HOW and WHEN of the Russian step shows that this step has a political message behind. It is eligible to remember that Russia has kept its strong military presence to serve under the umbrella of fighting terrorism, and it also maintained its two military bases on the Syrian coast and the Mediterranean. Accordingly, the way this decision was announced shows that behind this decision there is a hidden message to all parts on the international, regional and Syrian Level. Apparently, Moscow has achieved the aim where the political solution process can be launched, but it is still not interested in changing the power map for the interest of any group. However, everybody should assist in launching the political process that was agreed on in Geneva I.
Trying either to confront the UN resolution, or to impose a vision of one group would lead to negative impacts, and will simultaneously make, for those who work against the political process and the region, new challenges that cannot be faced easily.
Dr. Amer Al Sabaileh