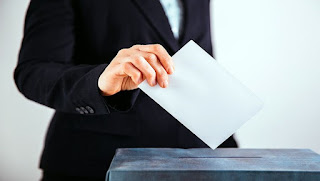 The focus of recent political discussions in Jordan has been the creation of political parties that will be active politically.In theory, the idea is important, especially for a country that has always suffered from lack of strong and engaged political parties. However, this is not the only path to effect change in the political life in Jordan, to improve the current situation or to include more youths in the decision-making process.

One of the critical underlying reasons for the current situation in Jordan is the political isolation felt by young Jordanians who need to be more involved in the political process and break the exclusive control of the few in power.

People need to witness action and real change at all levels, change that has a positive impact on their daily lives. This can only be achieved through immediate action, not through a long-term process expected to deliver good results. Political inclusion, especially the inclusion of the youth in political life, does not need to be linked to the outcome of future elections. Having young people in political parties at this stage guarantees their presence on the future political stage. In a country like Jordan, it might be much easier to signal willingness and true intention to effect changes. It would be much more effective to start a process of including the youth in political life through appointing them, which is the system adopted in Jordan today. There is no logic in linking the inclusion of youth, indeed limiting it, to the electoral process, as if youth representation could only be secured at the ballot box, and in excluding young people from the executive power.

This said, building a culture of political inclusion is much more important than encouraging the youth to join political parties. Political pluralism is considered to be the basis of democracy; it enables ideas to be developed into plans of action. It is not easy to make the transition from unilateralism to pluralism, but such transition is a major critical step that needs to be adopted, especially knowing that in recent years educational levels have risen and young people are starting to be preoccupied about political issues and movements. The youth in Jordan are politically aware and seek freedom of expression, liberty, and respect for diversity of political concepts and convictions.  Sure, there were attempts to achieve political reforms in the past, which failed. Hence, it is critical to do it differently, with fewer slogans, less theory and more action. The agenda of political reform should be goal-oriented and convince the public that it will make a difference to their lives. A first step should be to inject new blood in the bureaucratic system, young people who believe in democracy, liberty, and pluralism. Thus, the long road toward forming parties is secured, given that such process starts with a direct and concrete move that establishes a new reality.