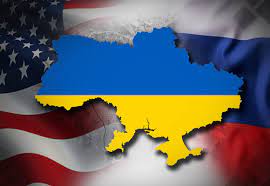 The global impact of the Russian war in Ukraine has effectively become a continuation of the challenges of the COVID-19 pandemic, which have affected the world and created common challenges that countries must face.

The world is beginning to see the domino effect of commodity and supply chain issues as a result of the Russian invasion, similar to that at the beginning of the pandemic a couple years ago. This new instability is creating new realities for many countries, with social, economic and security issues to manage in addition to more basic issues, such as food supply. The invasion of Ukraine also has an impact on global politics. While there is a clear sharp position for the US and its allies in the EU and NATO, some pro-American countries have not really followed the US line. This is particularly so in Gulf countries like Saudi Arabia and UAE who are looking for a chance to renegotiate their positions with the Biden administration. The resulting oil crisis and their ongoing relations with Russia have offered a chance to send a clear message to the US about the need to find new ground of understanding with the Democrat administration, which, according to these countries, neglected their interests when conducting the nuclear deal with Iran a few years ago, and the war in Yemen, and undervalued their roles in the region, especially that of the UAE, with its regional peace plan and the Abrahamic accord. Other countries, like Egypt, which appeared undecided at the beginning of the invasion had to take a clearer position after a call from G7 ambassadors in Cairo who asked them to stand by international law and UN principles. It resulted in a clear Egyptian position in the UN General Assembly emergency session, voting in favor of the UN resolution condemning the Russian invasion of Ukraine.

Another active player is Turkey, which seemed to be in a very strong position in this crisis as a NATO member and a strong ally of Ukraine, as well as a strategic competitor to Russia. It could also be time for Turkey to restore relations with the US and the EU, particularly with eastern Mediterranean countries like Greece, to play a fundamental role in the future gas supplies from the Mediterranean. It could also be one of the drivers of the recent Israeli-Turkish rapprochement. This is also a very interesting time for Iran, which is eager to seize the moment to restore the nuclear deal and return as a major player in the global oil market. However, the pressure on Russia through sanctions and isolation could have serious impact on territories where Russia has influence, such as Syria. For a country like Jordan, the risk of destabilization or chaos should be a priority to manage, especially since militias and non-state actors could play a significant role soon as they attempt to use the changes and chaos to launch activities in new territories. The Ukraine war may become protracted, and any longer-term open conflict is likely to attract terrorist, criminal groups and militias to operate under the cover of war. Conflicts often become proxy wars so the Middle East could also become a place for different protagonists and their contradictory positions in the Ukraine. For Russia, this could easily go down the same path as it did in Afghanistan many years ago, particularly since most of the countries surrounding Russia have recently shown signs of destabilization, increasing the risk of expanding the zone of conflict and create more troubles for Russia at its borders.