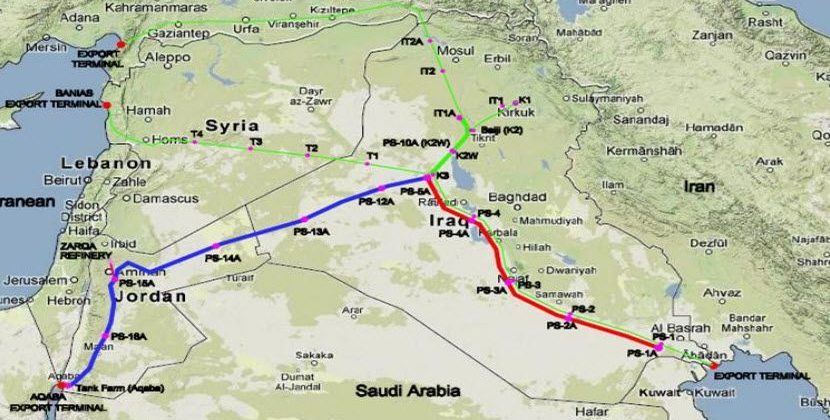 On October 21-22, 2021, Konrad-Adenauer-Stiftung Amman office and the Centre for Strategic Studies of the University of Jordan have organised a closed expert workshop in Amman, tackling: “The new Levant”, discussing rationales, implications and future trajectories of the cooperation between Jordan, Iraq and Egypt.

Trying to answer how this project might influence the regional geopolitical scene, it is important not to forget that the ongoing changes in the priorities of the Middle East over the last decade are quite alarming. The region moved from enforced democracy to revolutions for democracy and liberty and eventually towards the lone priority of combating terrorism. Likewise, the ideological imposition of democracy and freedom has developed into pure economic pragmatism. Hence, the determination to improve economy represents the factual motive behind activating cross-border political projects.

The ambitious triangle plan of connecting Jordan, Iraq and Egypt is an appealing project that definitely brings many advantages for the three partners involved. The security cooperation is the cornerstone of such alliance as the risks and the security challenges are numerous, which can affect negatively the efficacy of such cooperation. The contribution of the security agencies, which faced massive dangerous threats, is highly commendable given the fast-changing environment and the dynamic risks. Such security cooperation should continue with high professionalism.

As with regard Jordan, it is critical for it to adopt a strategic approach towards developing its engagement with its neighbours based on mutual interests. This is particularly vital for Jordan’s relationship with Iraq and Egypt, and at a later stage with Syria.

The path of achieving this much aspired cooperation and the accompanying outcomes is long and difficult and surely it is not devoid of obstacles. However, all sides must overcome all the surrounding challenges through resorting to the required will and determination and foremost through realising the importance of such triangle cooperation serving common and diverse long-term interests.

Potential instability on the borders is a critical risk for all countries, especially in the Middle East, and, in particular for Jordan, where the risk has been high since many years. Security threats on the borders, such as lawlessness and confrontation, create fertile ground for criminality and terrorism to prevail in Jordan. This kind of instability, combined with economic hardships, represents significant threats that requires more efficient cooperation with the neighbouring countries.

While building solid political relations with Egypt does not seem to be difficult for Jordan, the real challenge is to succeed in realising fruitful relations with Iraq of today. Recognising the positive outcomes on both sides is fundamental to realise mutual willingness to work together.

Problems pertinent to Jordanian-Iraqi relations need to be tackled courageously. Jordan is a country where Saddam Hussein’s regime still enjoys wide popularity. In addition, there is a wide anti-Shiite sentiment dominating the public scene in Jordan. All these factors hinder Jordanian-Iraqi bilateral relations moving towards realising the strategic objectives of “The New Levant”.

In conclusion, the current preoccupation of each country with domestic challenges might push countries in the coming phase to reconsider their priorities and focus more internally, and consider projects of immediate yet short-term economic impact. However, pushing towards such a project of long-term advantages gains momentum. Therefore, it is important to start building solid bases for such future project while remaining aware of the surrounding yet surmountable challenges.