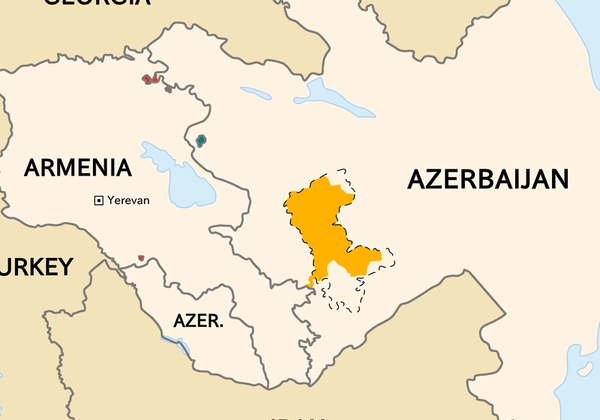 Comments Off on Israel brings the fight to Iran’s borders

Escalation between Iran and Azerbaijan has increased rapidly since last September, when Azerbaijan security forces arrested two Iranian truck drivers accused of entering the country illegally from Armenia. This was followed by Iranian military exercises near the border with Azerbaijan, including drones, helicopters, and armoured artillery units.

While on the surface the tension was triggered by the arrest of the truck drivers, it is clear the underlying issues are based on Azerbaijan’s deep ties with Israeli, particularly their military cooperation, which Iran considers a threat to its national security.

Iran’s Supreme Leader Ali Khamenei highlighted this when he said that countries in the region must not allow foreign forces to intrude or have a presence, in reference to Azerbaijan banning their military aircraft from Iranian airspace which led to the withdrawal of Ojag Nejat, the Supreme Leader’s representative in Baku.

These developments are worth further observation as they could lead to a new phase of escalation between Israel and Iran. This indirect confrontation could be the next approach in the struggle between the two countries.

The global sanctions on Iran have created a difficult socioeconomic situation internally, but politically it gave hawks the upper hand within the system. However, this kind of conflict with Azerbaijan will be significantly different, as it is the kind of crisis that impacts internally on the Iranian social structure. Further, it will increase pressure as conflicts with neighbours greatly impact Iran’s political identity, given the makeup of its population is so diverse. Iran is already dealing with internal tension with ethnic groups such as the Ahvazi Arabs, the Baloch population in the southeast, Kurds in the northwest and potentially now Iranian Azerbaijanis also known as Iranian Azeris.

This is all in addition to the security challenges now emanating from Afghanistan and even Iraq following the elections, as Iran deals with fighting Iranian-Kurdish opposition groups in Iraq and managing the recent Taliban takeover in Afghanistan. This new conflict also comes at a time when Iran’s presence in the region is also subject to major challenges in Lebanon, Syria and Iraq.

Balancing internal economic hardship, political frustration and the strong negative impacts of sanctions with a new geo-political struggle that makes Iran’s borders fragile and transform them into a source of continuous crisis could greatly affect its internal stability.

While the conflict is unlikely to escalate to a direct military confrontation as it also impacts Azerbaijan which has a Shiite Muslim majority population, and an armed confrontation with Iran could trigger an internal backlash, increasing internal tensions and potentially leading to civil unrest.

Effectively, Israel is using the same tactics that Iran has employed over the years through support of Gaza, Syria and Lebanon to bring instability to Israel’s borders. So the tensions will likely continue at a diplomatic level, and Iran will try to do the impossible to contain an Israeli presence on its border or anywhere in Central Asia to avoid any confrontation on its soil.