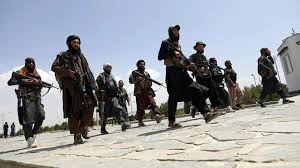 Comments Off on The broader impact of withdrawal from Afghanistan

There are many questions about how the American withdrawal from Afghanistan will affect the dynamics of global politics. While Afghanistan may no longer be a problem for the US, geography suggests that it will be a problem for countries like Russia, including its old territories, China and Iran. In this context, it is important to consider if these countries will passively accept the consequences or be more proactive to contain American influence elsewhere.

The US itself is also facing some difficulty following the withdrawal from Afghanistan, which has not been viewed positively by historic allies including EU and NATO, who were hoping for the restoration of some stability to build trust and credibility with the change of President. In fact, the move is likely to reinforce countries adopting unilateral approaches to secure their own interests.

It will be critical to watch how the Biden administration will face the challenges of new rivalries in the region. For example, when it comes to Iran, it is clear that American policies have not been particularly effective in containing Iranian influence in the region. The recent move to send fuel to Lebanon can be interpreted as a challenge to the US along with the tacit approval to activate the gas pipeline from Egypt to Lebanon.

Iranian influence may not be limited to Lebanon. In Iraq, pro-US Prime Minister Khadimi could be facing serious political risks where he may be excluded from the upcoming elections. They may also continue to exert influence in Syria, however, it will be interesting to see where the US deploys new military bases in Jordan, which it intends to do, and whether they are close to the Syrian and Iraqi borders.

It will also be interesting to see how the Biden administration can assist in fortifying the position of new Israeli Prime Minister Bennett. The changes to regional security is likely to impact internal political debate in Israel and could turn against the new Israeli prime minister, particularly if the US struggles to contain Iranian influence in areas that Israel considers critical. If the current Israeli regime falls, it will be considered another failure in US foreign policy.

The hasty withdrawal from Afghanistan is likely to shake the trust in Biden amongst Gulf countries, which are also likely to seek individual approaches to guarantee stability and safety, potentially through Russia and China. This simply means that instead of creating a solid alliance to achieve a declared target, this US administration may manage to split its own bloc of allies. The failure of the Biden administration to fulfill its promises regarding protecting democracy, liberty and human rights is not the only perceived failure. The approach taken in Afghanistan appears as an invitation for all non-state actors to adopt a powerful and aggressive approach to reach power and shape a de facto situation that will last, similar to what the Taliban have done.

The big question now is who is really benefiting from Biden’s approach? Many are not satisfied with the outcomes, so if the US wanted to rebuild a bloc of allies to face Russia and China it should prepare to face the consequences of its policies as traditional allies may punish this administration in various ways as friends and enemies begin to share interests.