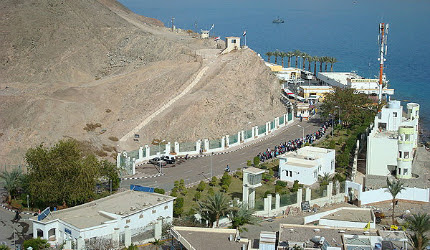 Comments Off on Economic development as a trigger for political normalization

This week we have seen an agreement to resume natural gas shipments from Egypt to Lebanon through the Arab Gas Pipeline that stretches from Egypt through Jordan and Syria to Lebanon. Energy Ministers of the four countries met at an official meeting in Amman to reach the agreement, which is promising, not just to solve part of Lebanon’s critical energy shortage, but it also represents an opportunity for both Jordan and Syria. There are many questions around the likelihood of success for this project, particularly given the need for stability and security cooperation, which will also require broader cooperation and official political engagement.

Taking an even broader view, the region may not be ready for such a project requiring this level of cooperation, but it is critical to begin initiatives like this. The protection of the gas pipeline is one of the most challenging issues to ensure success, as the pipeline itself could be subject to attacks or sabotage of the supply. So, it is important to understand the positions of all those with a presence on the ground, including Iran and Russia in Syria, and Hezbollah in Lebanon. There could easily develop a symbolic competition as the US green lights the project and the Iranians insist on sending fuel supplies by ship to Lebanon.

The ongoing viability of this ambitious project will always depend on regional developments. Directly, there are risks based on the internal situation in Syria as well as the security risks around crackdowns in Lebanon. Indirectly, there are risks around the situation in Iraq where Daesh is enhancing its capacities and increasing the frequency of attacks combined with the risk of a political change in the upcoming election that could complicate things as well.

The other major risk factor is the fragile new government in Israel, and the possibility of renewed conflict either with Hezbollah in Lebanon or with Hamas again. Raised tensions with either could create instability or political problems that could even lead to the fall of the Bennett government in Israel. In addition to all of this, there is still the increasing risk of terrorist attacks in Egypt and its gas infrastructure.

Regardless of whether this project begins immediately or in the future, it is a clear indication of new developments and interest in Syria. In addition to the clear economic advantages for Syria, this is also a very important political breakthrough in reconnecting at an official level with Arab countries suggesting that any prohibitions or restrictions on official engagement with Syria is easing. It could be the first step towards political normalization of Arab and Syrian engagement and lead to various new initiatives and projects.

Even if this project moves slowly, new possibilities of political engagement create more opportunity to build enduring solutions for the Syrian crisis and has the potential to contain the damage of the catastrophic Lebanese internal crisis.