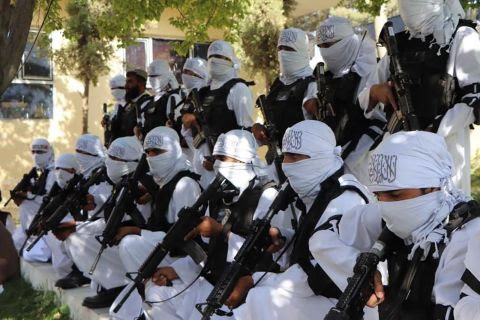 Comments Off on Afghanistan after 20 years, what has really changed?

The current situation in Afghanistan has certainly surprised most of international public opinion. But those who have been following attentively the situation and the events that have taken place in recent months cannot be surprised at all. We all remember the images and terrible acts carried out by the Taliban twenty years ago, but today the situation may be a little different and it would be a mistake to look at these developments only through the eyes of the past.

When the United States included the Taliban in the negotiations in Doha, Qatar, it was perceived that the Taliban movement was taking a different direction than in the past. Today it is not only a rebel movement but also aspires to be a political actor. This underlines the fact that the US provided Taliban the opportunity to create a new image and their participation in the Doha negotiation has in a way legitimised them.

While this shift took place during the Trump administration, what is happening in Afghanistan is not just a local dynamic, it is necessary to consider the broader context. The United States is openly declaring its opposition to Russia and China, as was widely stated as President Biden took office. In a way we are entering a new cold war in which Afghanistan, as it always has been, is a critical piece in the new vision of the world for the US.

The internal dynamics of Afghanistan shifted from the moment in which the Americans gave the Taliban the opportunity to position as representatives of the country. In the absence of a strong and stable official government, the dynamics would inevitably change. American action has created many problems within the Afghan government, which weakened and almost de-legitimised. Their position became more precarious when the Taliban shifted its orientation and were no longer interested only in waging a war, but became determined to govern a state, and to undertake a long-term policy.

This does not mean that we should expect a radical change in thinking, but they will certainly try to avoid sparking an offensive against them as governors of Afghanistan. Attitudes and actions that previously caused fear and international anger will likely be avoided by Taliban, who will try to have more solid and substantive relations with some countries, taking a more diplomatic rather than confrontational approach.

Finally, the fact remains that any conflict or political instability in Afghanistan will not necessarily have a direct impact on America but could represent a serious problem for America’s antagonists, primarily Russia and China, but also potentially Iran and Pakistan. By vacating Afghanistan, Washington has charged its opponents in the new cold war with responsibility. In this context, Afghanistan could always be a nerve centre of instability, but the ball is now in the Taliban’s court, and they need to decide what approach they will take and how pragmatic they will be.