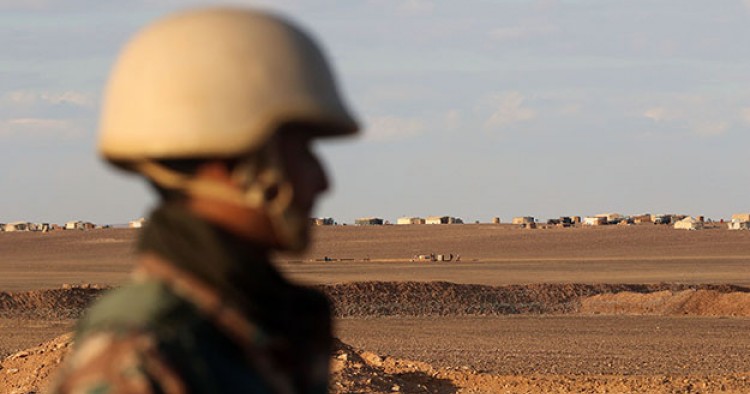 Comments Off on Jordan is key to resolving the Syrian crisis

Recent developments in southern Syria, particularly in the city of Daraa have caused the slowing of a full reopening of the border with Jordan, which was agreed to recently. The increased conflict and delayed opening of this key trade route could have wider impacts if it is not resolved soon.

It is expected that the Syrian Government is looking to consolidate its hold on the strategic southern province, with an eye towards further normalisation, as it will be difficult to fully reopen borders without full state sovereignty over the southern region. So, strategically the assault on Daraa makes sense, particularly following the collapse of Damascus’ reconciliation plan in Daraa.

There is a growing feeling in many Arab capitals that after a decade of crisis there are no obvious solutions for the conflict in Syria, putting increasing pressure on countries like Jordan to begin exploring new opportunities to resolve the situation. Particularly so as Jordan is the most affected neighbouring country with ongoing economic, security and even social consequences.

While there are various reasons for countries to approach the issues in Syria in a new way, for a country like Jordan, getting closer to Syria is necessary to find a resolution and quell the frustration with the international community’s inaction on Syria and its failure to resolve the ongoing crisis. Jordan and Iraq are directly impacted by the Syrian crisis, Lebanon is also. It is important to consider that the conflict and the sanctions have been terrible for the economies in these neighbouring countries, which are traditionally key trading partners with Syria.

Other countries are also keen to find a solution for the crisis for various reasons, not just the consequences of the crisis. For example, Turkey’s involvement in Syria has also alarmed Arab countries wary of a greater Turkish presence in the region, such as Egypt and the UAE, who initially desired to reengage with Syria to counter Turkey.

Jordan attempts to reengage with Syria are not new, however, after the recent visit of His Majesty King Abdullah to the US, Jordan seems even more active in its reconciliatory approach, creating the impression that there understanding in the US of the need for a trusted ally like Jordan to ensure its interests both on economic and security levels.

The American administration is also clearly talking more about Russia and China as priorities, as well as engaging with Iran to restart the nuclear deal. Under these circumstances, Syria is no longer a priority and more of a tactical issue. So, if the US has no vision for Syria, it would be unwise to prevent its allies from starting a small-scale opening that at least might bring more concrete solutions in the future.

The role of Iranian fighters in the conflict in Daraa will increase the concerns in Jordan and will add more challenges to the challenging situation. However, the advantages that the Syrian regime will gain from opening the borders with Jordan as an opening for normalisation of relations with Arabs and then on to the rest of the world should logically encourage the Syrians to deal with the Iranian presence to ensure Jordan continues the normalisation process. However, Jordan needs a pragmatic approach in dealing with these challenges. Jordan should take the necessary steps to secure its borders and play a key role in shaping the future of Syria post-conflict. The first steps for offering new possibilities to solve the crisis can begin with Jordan.