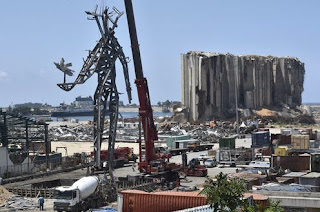 Almost a year has passed since the explosion that destroyed a large part of the port of Beirut and brought the fragile Lebanese economy to its knees. However, one year on and the political and social landscape appears to be worsening.

Immediately after the explosion, it seemed that Lebanon was again a priority on the international agenda, with a visit to Beirut from French President Emanuel Macron to push for a rapid recovery plan not only from an economic point of view but also from a social, political and institutional point of view. But nothing has actually changed. Indeed, the situation has gradually but rapidly worsened and now Lebanon finds itself in a multi-dimensional crisis with terrible impacts on the daily lives of citizens, with a lack of basic necessities and essential services, and a leadership that does not seem able to provide any concrete solutions.

Recent political developments have created the possibility of the formation of a national government that may be able to contain the risks of a potential collapse of the state. While there is not a lot to be optimistic about, key players in Lebanese politics should be working to make a success of this opportunity as there are few alternatives. In Lebanon today, everyone is losing, particularly Lebanese citizens whose destiny is in the hands of political groups that struggle for their own interests.

From a strategic point of view, this crisis goes deeper than the political dispute as the extent of the human crisis changes priorities. While the first wave of protests called for political change to fight the perceived corruption of the political elite, more recent protests are more focussed on mere survival. With the Arab Spring, people took to the streets to demonstrate against corruption and poor governance, today those sample people are protesting because there is a lack of food, electricity, water, medicines and primary services. The outlook and conditions have completely changed. A new wave of larger popular protests should come as no surprise to anyone.

The possibility of forming a government, despite the scepticism, is still strong, even if the new Prime Minister Najib Mikati is who received more votes than his predecessor Saad Hariri, who renounced the assignment due to an inability to form a government.

This highly unstable situation is the result of the sectarian system which makes the country inherently fragile and whose components are more prone to internal confrontation than to collaboration and constructive conciliation.

There is little optimism for quick or easy solution, as a wicked problem often requires a wicked solution.