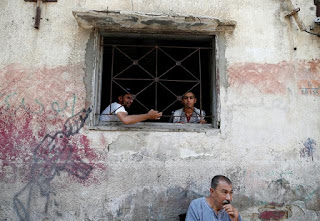 For several months now the Middle East has not been prominent in the agenda of President Joe Biden. Instead, we have seen a focus on strengthening NATO, mending relations with the EU and working to contain China and challenging Vladimir Putin’s Russia. The recent war in Gaza has put the region back on the priority list, and the US administration has been forced to refocus on the Middle East. We have seen this with US Secretary of State Antony Blinken’s recent tour of Israel, Jordan, Egypt and the Palestinian Territories, seeking dialogue to resolve the conflict and prevent further escalation and more serious consequences.

The potential consequences of escalation have brought the Palestinian issue to the fore after years of marginalisation by the previous administration, which moved the US embassy to Jerusalem and recognised it as the historical capital of Israel. Although these actions did not provoke escalation, and in fact they were used by the previous administration to cast the net wider, seeking Arab-Israeli peace deals. However, the recent war in Gaza has shifted things as the risk of sparking chaos in the region rears its ugly head. It is critical, therefore, to find realistic and quick resolutions to prevent developments that could have catastrophic consequences.

Adopting a realistic approach to the situation is needed, and we have seen some of this with Secretary Blinken’s tour including the key geographical players in the conflict, namely Jordan and Egypt. There are some doubts about the ability of the US to find realistic resolutions to the underlying issues, particularly with Blinken’s insistence on rebuilding Gaza while avoiding dealing with Hamas, which continues to be the main protagonist on the ground.

It is critical we learn from history, particularly in the region which has such a long and rich history. We have already seen an attempt to eliminate Hamas by investing hundreds of millions of dollars in training Palestinian troops, which were then wiped out in a single night, while the former national security chief Mohmed Dahlan escaped. After this failure, the Gaza Strip was handed over entirely to Hamas, which was further strengthened by that episode. It is difficult to see any successful rebuilding of Gaza while also sidelining Hamas. On the contrary, attempts to do so could easily end the fragile ceasefire and renew the conflict and escalate the possibility of wider regional confrontation.

In order to navigate a sustainable outcome, it is necessary to be pragmatic and encourage Hamas to pivot to a purely political party and include it as part of a national Palestinian government.

This would be a complicated solution and requires the broader involvement of international actors, capable of influencing both Hamas and the Palestinian Authority in equal measure. Among these actors there is primarily Egypt, which has proved its capabilities in achieving the ceasefire. Politically this will help Egypt as well in its goal to achieve rapprochement with the Biden administration, particularly on issues like human rights, democracy and civil liberties.

So far, diplomatic efforts do not appear to have found a solution to the conflict, and there does not appear to be a clear vision towards reconciliation. The escalation of violence in Gaza has created alarm amongst the international community, but as things stand today, the conflict could easily restart. This can only be avoided through consensus solutions. Taking refuge in an illusion of calm could be harmful for a future positive outcome, and it is imperative that the Palestinian question become a priority for regional peace.

Even a peace with Arab countries would change nothing if the conflict and its consequences continue on the ground in Gaza. This needs to be resolved first and only then can peace be extended across the Middle East. The change of government in Israel could present a political opportunity, as new leadership will need to strengthen its position. Offering solutions and avoiding escalation would be a new approach, but it could be successful to present a new kind of strength amongst Israel’s population and at the very least could ensure the momentum of political support provided by the new US administration.