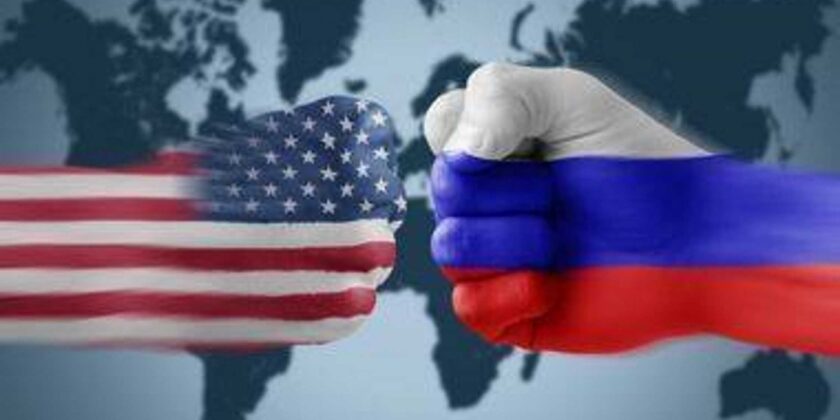 Comments Off on Russian-Chinese escalation in confrontation of US, NATO

The atmosphere of the Cold War is beginning to reappear in many ways. Last week, Italy expelled two Russian diplomats after arresting an Italian Navy captain accused of passing secret documents to a Russian military official in exchange for money. The incident has been treated as spying and a serious national security breach. The intelligence passed on included information on NATO, which has raised concerns across western countries and US military allies.

This incident comes at a time when the Biden administration, and in particular, new CIA Director Bill Burns, have made it clear that Russia’s aggressive approach to spying on US and NATO countries is a major risk. Increasingly, US allies should be taking precautions to counter Russian influence and interference, recreating the atmosphere of the USSR-era cold war. US allies should be working together to address the risks, which could lead to escalation against Russia, as we may begin to see political change in pro-Russia and China countries that are taking an active role in the more aggressive approach from both countries.

It is critical to note that these strong positions on China and Russia will have implications for US allies, NATO, EU and even countries that are considered close to the US as recipients of aid and grants. It could lead to an atmosphere even more akin to the cold war as alliances are reshaped according to the approach and actions the US takes. So, countries that rely on the US must focus on a strong political strategy in addition to managing issues such as human rights, civil liberties and democracy in order to manage an ally like the US, as it readies to apply a global strategy to lead the world to address the most urgent global challenges.

This diplomatic clash might be seen as the interpretation of the new strategy against Russia, as it also follows the decision of the European Council to impose restrictive measures on Russian figures for serious human rights violations and abuses under the EU Global Human Rights Sanctions Regime. Moreover, the German Foreign Minister Heiko Maas has confirmed that the EU is set to sanction the authorities responsible for the jailing of opposition leader Alexei Navalny in Russia, as he declared that “relations [with Russia] are certainly at a low, there is no other word for it”.

This new phase of confrontation with Russia and China by the US and the Western Bloc could lead to a new phase that is not limited to one geographical area or one style of confrontation. China and Russia have their strategic approach, including through allies and supporters within the Western Bloc. So, in this changing world such confrontation could be unconventional and have very wide impacts. However, the serious concrete steps that the American administration is taking are showing more harmony within the Western Bloc and increased efforts to unify the EU and NATO countries to adopt one vision and a shared strategy.

The US is facing a myriad of challenges, particularly after years of Russian and Chinese infiltration and increased influence in many countries, not to mention the Russian military industry and the Chinese telecommunication and high-tech businesses that have grown throughout the globe. As such, finding alternative and expanding the mutual interest amongst US Allies will be the key to start the process of reshaping international policies, and potentially see more win-win outcomes as opposed to win-lose. At this stage, it seems that we are in the first phase of confrontation which could lead to various types of escalation. The impacts also of any escalation and confrontation could appear within the US Alliances in a very short timeframe. So we may see new episodes and clashes soon enough.