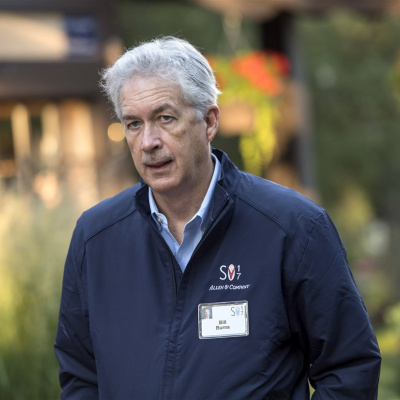 This week, President Biden’s nominee to lead the CIA, William Burns received strong bipartisan support at his confirmation hearing in the Senate. His testimony is particularly interesting when placed in the context of the wider vision President Biden has previously expressed.

President Biden has stated that he will work to advance the security, prosperity, and values of the United States, taking concrete steps to renew the US and its democratic allies. He has committed to protecting the economic future of the US by leading the world to address the most urgent global challenges, such as climate change, nuclear proliferation, state aggression, transnational terrorism, cyberwarfare and mass migration. In his opening at his confirmation hearing, Burns talked about threats from “terrorism and nuclear proliferation, to an aggressive Russia, a provocative North Korea, and a hostile Iran.”

Further, he took a very aggressive tone toward both China and Russia, as he declared that the Chinese leadership poses the biggest geopolitical test to the US. He highlighted that the focus on China will shape his approach to intelligence and was blunt in his pitch that four crucial and interrelated priorities will shape his approach to leading the CIA: China, technology, people, and partnerships. He even stated that if he ran an American university that had a Confucius Institute on its campus, he would shut the institute down.

When it comes to Russia, the atmosphere of the cold war during the USSR-era seems to be present, as one of the issues the Burns raised is the investigation of the source of a series of mysterious illnesses suffered by U.S. intelligence officers and diplomats that have been caused by “microwaves” aimed at American personnel—with Russia being a primary suspect. This was welcomed by the committee and Burns was urged to prioritize the investigations of these attacks.

Iran also figured into his testimony where he laid out a clear vision for dealing with Iran amid the talks about returning to the nuclear deal. Burns declared that Iran must not be allowed to have a nuclear weapon, noting his substantial role in negotiating the original Iran nuclear deal. His stated position is that Iran must agree to a more comprehensive deal rather than just return to compliance with the JCPAO, and that only a more comprehensive agreement will serve as a platform for building more sustainable nuclear constraints.

It is critical to note that these strong positions on China and Russia will have implications for US allies, NATO, EU and even countries that are considered close to the US as recipients of aid and grants. It could lead to an atmosphere more akin to the cold war as alliances are reshaped according to the approach the US takes. So, countries that rely on the US must focus on a strong political strategy in addition to managing issues such as human rights, civil liberties and democracy in order to manage an ally like the US ready to apply a global strategy to lead the world to address the most urgent global challenges.

It is also interesting to see the level of harmony within the administration itself, particularly between the President, Secretary of State and potential CIA Director, that was missing during the Trump administration. This level of alignment suggests we can expect cooperation between the institutions, as the shared vision for strategy and approach is likely to result in productive and efficient implementation.