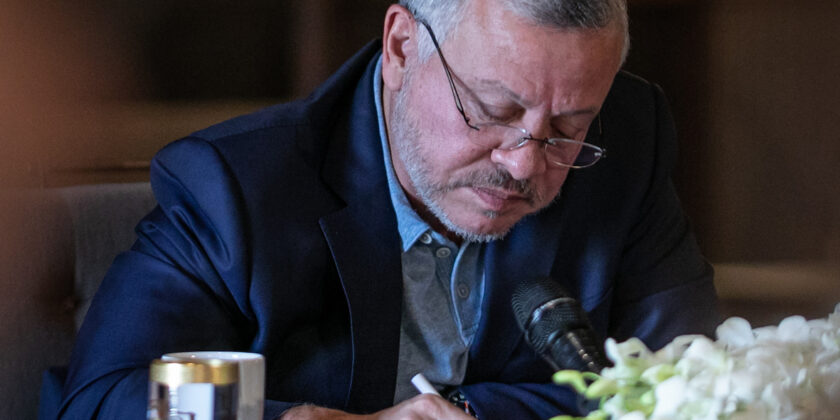 Comments Off on King Abdullah embraces the hard road to reform

The recent words of His Majesty King Abdullah about political reform, and his recent letter to the General Intelligence Department Director (GID) have triggered wide debates among Jordanians and those who follow the Jordanian affairs. Some are very optimistic, believing that His Majesty’s words have restored hope, while others believe that some of the new powers will work against any kind of reform. Some will resist any change, but critically, what the country needs is to make this particular change succeed.

In the approach to pave the way to concrete change, His Majesty has sent a letter to the GID director, instructing the GID to expedite the ongoing process of development and modernisation, focusing its energies on its areas of specialty, which are vital to national security and professional intelligence operations, and to dedicate all capabilities to ensure that it remains an example of professionalism in countering terrorism and security threats.

This letter is part of His Majesty’s effort to redesign the political scene to enable greater efficiency for coming political reforms, putting an end to the system of a few centres of power that can influence or block the reform process. This is exactly the role of the state and its laws to protect diversity and personal liberties and prevent the exploitation of power by any individuals or institutions.

In the same letter, His Majesty highlighted the importance of maintaining professional counter-terrorism and national security operations. It is critical that in a dynamic area like the Middle East, the concept of national security needs to be revised in order to successfully meet challenges by providing effective and efficient tools to develop a more resilient society.

It is also highly important to underline that the new concept of national security cannot be limited to military and security issues as it has in recent years. It must successfully protect both citizens and the state against all threats and dangers. In order to do this, we must include a wider range of issues, such as diplomacy, micro-economic development, economic power, inter and intra state relations as well as internal and external communications.

Any process of change requires a strategic plan with clear visions, objectives and an action plan. When it comes to issues like cultural change and political reform, the process must also include insights into the latent and hidden risks not just the obvious ones. This can only be achieved with a clear understanding of the nature of change, long-term vision, political determination and actions every day, day after day. If any of these elements are missing, then the process of change or even protecting the current status quo will not be possible.

With all the dramatic changes in the region, we clearly need new policies, different approaches and the only way to do this is to anticipate what is needed to guarantee harmony and stability. It is also very important to remember that being an official today or a member of the government is not an easy thing at all. Those in power must prepare themselves for criticism and dissatisfaction from some of the people. So, as we go forward the harder the mission of governance will be.