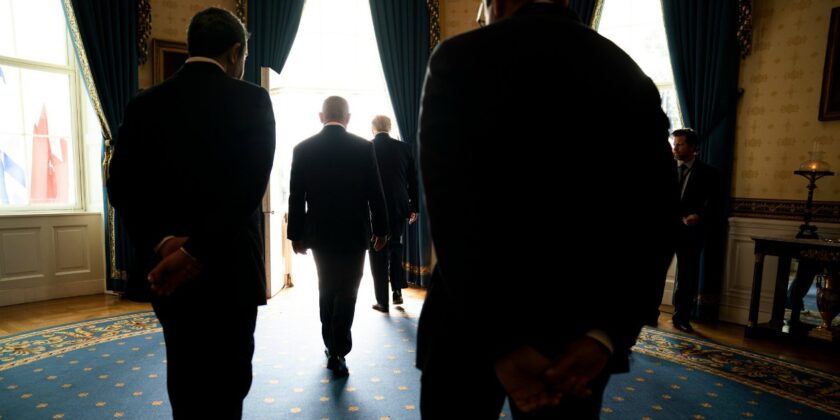 Comments Off on The future of the Abraham Accords

The Abraham Accords, a joint statement that appeared after reaching the peace deal between Israel, the UAE and the US in August last year, were established as a new concept that might shift the political landscape in the region. Some would argue about whether this new terminology is religious or political, and if religious, what would that mean? In simple terms, it is difficult to view the Abraham Accords from just a political perspective, as it is more a tool for conflict management and reshaping the politics on an international and regional level.

The Abraham Accords have come at a time when several countries have started to adopt de-radicalisation strategies as a result of an increasing and seemingly uncontrollable risk of radicalisation, hate and terrorism in their communities. Meanwhile, a new trend of peace and agreements has developed among Arab countries and Israel. Importantly, it is widely considered a new kind of peace, as one by choice rather than by obligation.

Previously, peace with Israel was limited to countries that share borders and a heritage of conflict, but this new peace has different qualities. Countries are choosing to make agreements to normalise relations, but it also needs to actually be based on peace amongst people, not just between political systems. As such, the Abraham Accords become an important political factor that can bridge conflicts and bring people across the region together.

Realistically, for any political or religious authority the concept of bringing people together and bridging the gaps should be appealing. There have been many attempts to promote the interreligious engagement to avoid these problems that start with religion and lead to political differences. So, the platform of the Abraham Accords could replace these previous efforts to establish normalised religious and cultural engagement.

It is also important to consider that conflicts based on religious differences often promote hate and the desire to eliminate the other. These recent developments highlight the potential of politics to influence religion, and political exploitation of religion can often mask and overtake the underlying faith and belief structures. As the Abraham Accords are based on religious language, there is a risk that the wrong approach could backfire and have negative consequences.

There are many challenges faced by the Abraham Accords, particularly the ability to be more inclusive of particular religious leaders who hold legitimacy in their sects or religions. The potential for success in this approach is based on its capacity to be as inclusive as possible for various cultural and religious groups and taking into consideration the difficulties of tackling deep rooted conflicts that cannot be solved from just a religious perspective.

When it comes to the Arab world, many of the conflicts are from within. The split between Sunni and Shia alone demonstrates the importance of dealing with the issue of the Arab Shia and ensuring representation of these people who have been distanced from political power as they have been seen for so long as part of the Iranian influence. Therefore, it is quite challenging for the Abraham Accords to include a Shia representation and not to be limited to the Sunni world.

The Abraham Accords will always be a good foreign policy tool to promote political rapprochement for any US administration, so we are likely to see its continued promotion and further inclusion of different countries, and groups.