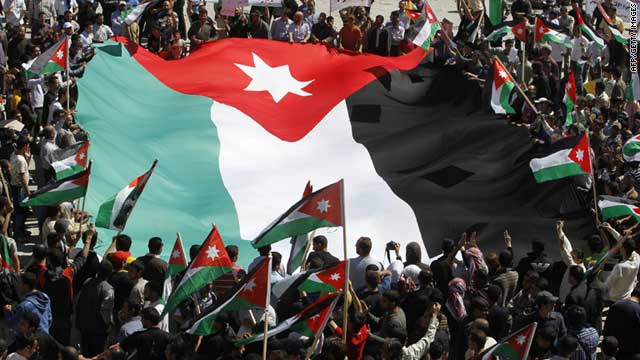 Comments Off on An opportunity for reform that makes a difference

In a recent interview with the Petra News Agency, His Majesty King Abdullah II outlined a clear need to revise political life in Jordan through election law reform and the establishment of political parties. This is an important step, and the timing is critical as it follows a period of general pessimism, particularly over the last couple of years.

However, reform should be considered more broadly such that the establishment of political parties are the result, through the evolution of political and social thought. As such, the focus should be on investment more in the cultural aspects of society in addition to electoral reform, and free thought and expression, protected by the state, will help develop political parties that represent the people and the citizenry.

Political pluralism is considered to be the basis of democracy and allows ideas to take shape and develop into actionable plans. Plans resulting from such movements are more likely to be based on the reality of a situation and therefore more likely to yield positive outcomes. The transition from a culture of unilateralism to one of pluralism is a critical step towards fostering human intellect and promoting free thought is the foundation of effective development and reform.

The relationship between any human being and the spirit of development increases in direct proportion with the feeling of being an essential part in the decision-making process. Moreover, this healthy relationship has a positive output that makes of the human being a productive person who is continuously interacting with their surroundings. From here, we must be fully aware of the surrounding environment that maintains the creativity, independence and innovation of human thought, and bear in mind the words of one of the eminent social and political intellectuals in the Arab region, Farah Anton, “the more a human participates in his own reality making, the more his happiness is obvious and perfected.”

As many believe that there have been failed attempts to achieve this political reform in the past, it is critical to do it differently this time, with fast actions, few slogans, less theory and more application. The agenda of the political reform process should be characterized by goal-orientation, its ability to appeal to people and attract the public to an extent that they believe it will make a difference to their lives.

The regional and historical context is also important as it drives us to find the practical means along with the desired goal, which is critical. As the distinguished Moroccan thinker Abdullah Al Araoui asserts, “to comprehend the dialectical logic in stimulating the new slogans, otherwise they would seem to be illusive justifications to an unchangeable reality.” Affirming the spread of political ideas requires keeping pace with economic reforms to ensure greater participation and more positive outcomes for people’s lives. As such, it is essential for political reform to overcome the injustice and ignorance.

Today, in Jordan, there is a need to identify the latent problems and deal with them transparently, taking into consideration that identifying problems is the first step in solving them. Disintegration amongst society as people lose the sense of unity are the most serious symptoms experienced by any community. It is time to step towards the future with a new outlook that diminishes all feelings of alienation. What Jordan needs today is a government that can bring tangible changes to the lives of the people at all levels of service delivery and economic reform while communicating the policies and achievements. The risks of not doing this is the disillusionment of Jordanians who are more likely to consider not only that change is impossible but also that attempts to change are futile.

The challenges of today are likely to be the threats and risks of tomorrow, so we must intervene and prevent these issues from evolving while also planning and building the country and society we all want to live in. Walking in the path of political reform embodies the best way to overcome these two scourges. To maintain the required level of enthusiasm and the optimal climate for reform, we must remember the English proverb that says, “the proof of the pudding is in the eating.”