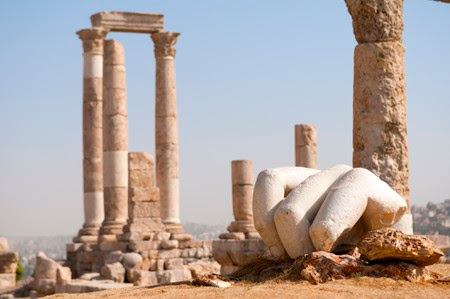 There are various signs across Arab countries of the potential for political turmoil. Potential uprisings are not much of a surprise anymore, but the current situation should raise political and security concerns across the states in the region.

More than ten years after the beginning of the Arab Spring uprisings, where underlying issues within Arab countries were bluntly revealed, there has been no real approach to manage change or offer solutions. There is a distinct lack of anticipation of what is needed and almost no proactive measures to get in front of issues. Political reform is necessary and not in the long term, but now.

For a country like Jordan, this year marks 100 years since the establishment of the country. Jordan has faced various critical moments, difficulties and challenges. There have been promising periods where change was adopted to manage developing situations. In 1989, following the April uprising, the political well was found to solve the underlying issues not just from an economic perspective, but a much wider vision based on political inclusion and improvements to the democratic process. During the last decade we have also seen some attempts to implement constitutional amendments and increase the transparency of politics in the country.

At every level, this is an important event for a country that faced many political and economic hardships. Jordan represents an important model of stability compared with the surrounding countries that face serious challenges. However, in evaluating the level of progress and development, it is imperative for decision makers not to fall in the trap of such comparison to convince themselves that things are on the right track. Change and development are continuous and progressive and we should always seek to imitate the successful models, rather than compare ourselves to those worse off.

Jordanians need to engage in the building of a better Jordan. While change is a long and complicated process, such is the price of reform. Political development faces many obstacles, mainly the ongoing presence of the same politicians many of whom have re-emerged as a hangover from the mistakes of the past but have no popular support. The so-called “Jordanian dream” can be achieved by creating an atmosphere of inclusion and recognition of the ongoing political activism within Jordanian society. In dealing with such trends, decision makers should realise that nothing can stop the evolution of Jordanian democracy, as it is the inevitable result of the evolution of thought.

Politics and the desire to engage in the political system will always lead to new movements, as generations have new ideas and expectations. Decision makers must eventually get on board or be left behind. There is currently a growing frustration that needs to be met with creativity and optimism. It is imperative to encourage diversity rather than fear opposition. Similarly, it is important for new movements to meet, talk and share to find a convergence of ideas so they can unify into a constructive and effective opposition.

A successful balance requires a comprehensive understanding of the purpose of change, a reviewing of previous policies which did not lead to the desired outcomes and finding the best path towards success. This can be applied to everything, from reducing corruption and spreading power and influence down to the masses with greater inclusion, especially amongst the youth. Jordanians are looking for strong leadership, a clear long-term vision, strong decision making and the determination to implement and learn along the way in order to achieve those outcomes.

A Jordanian Renaissance should be the objective of the coming year, an enlightenment movement that covers all aspects of life. It should be a cultural movement that includes art, education, and above all consolidate the concepts of pluralism, diversity and the rule of law. By doing this, then Jordan can start its real Renaissance and play a major role in rebuilding the culture of the region.

Saving the legacy of a century of the Jordanian state and laying the foundations for future progress requires a process of reviewing and revising policies at all levels. This would be a healthy approach for the Kingdom and should be done in the context of a national security plan that considers the social and economic challenges as well as the security risks that Jordan faces today.