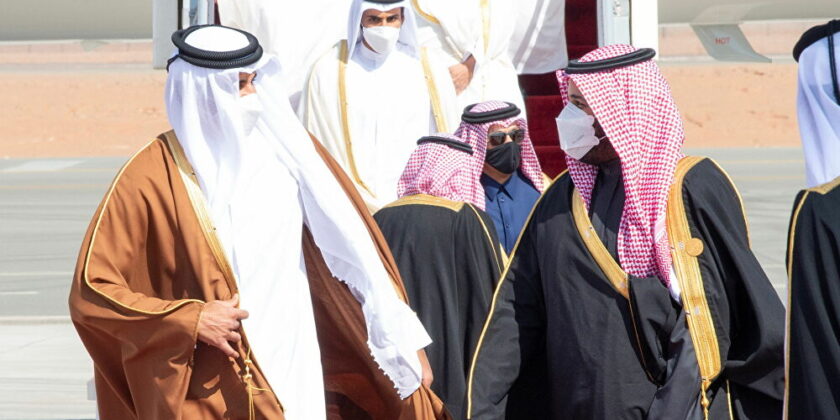 The Gulf summit in Saudi Arabia last week saw an important reconciliatory event breaking the political and geographic embargo on Qatar. While this appears promising, it has entered a trust-building phase where Gulf countries should try to reengage and find solutions to the issues that led to four Arab countries (Saudi Arabia, the UAE, Bahrain and Egypt) to boycott Qatar.

The timing of these events is important, as it comes days before the change of administration in the United States, and particularly that President Donald Trump has added this progress to his achievements in the Middle East. The presence of White House Senior Adviser and Trump son-in-law Jared Kushner and his role in the mediation highlights this clearly.

The timing is interesting and it is worth considering the context of these events in regional and global developments. The Saudi crown prince, in his speech, insisted on accusing Iran not just of nuclear activities but also around its ballistic missile programme, suggesting that the issue is no longer limited to the nuclear deal, but the entire Iranian arsenal and its aggressive policies in the region. This means, that the success of putting an end to the conflict with Qatar presents a united Gulf Cooperation Council (GCC) to the international community and an incoming Biden administration in the US to carefully consider returning to the previous nuclear deal with Iran.

From the Qatari perspective, with all this American pressure, it is extremely difficult to remain allied with Iran and Turkey. Pragmatically, Qatar also needs to re-open its borders and airspace as the 2022 Word Cup approaches. The advantages that Doha has gained from being a mediator between the US and Taliban obviously played to its favour in negotiating the reopening of its borders, but it is too early to tell how Qatar will deal with complicated issues, such as the Turkish military base or even its political alliance with Turkey and Islamist groups.

From the Saudi position, it is important for the Saudis to put an end to conflict within the GCC at a time when Arab countries are signing peace treaties with Israel and the impending transition in Washington. With a united Gulf, the Saudis will again be able to represent the Arab position and return to even a modified version of the Arab Peace Initiative, giving the Saudis a chance to play a major regional role. This reconciliation could also lead to Saudi Arabia playing a wider role in bringing Syria and perhaps even Iraq back into the Arab League.

The timing of these events with a very strong American mediation presence demonstrates the desire of Trump administration to complete the agreement prior to the end of its mandate. At the same time, it shows that both the Gulf countries and the US want to prioritise Iran in the coming period, regardless of the change in the American administration itself.

President Trump would like to leave a legacy on Iran, that makes it difficult to return to the previous deal made under the Obama administration. The Iranians are making it difficult for a return to such a deal anyway, with their decision to increase uranium enrichment of 20 per cent and aggressive messages of military demonstrations or attacks against American targets in Iraq. All this will make it even more difficult for an incoming Biden administration to deal with Iran according to old strategy of the nuclear deal. Tehran should consider that attacking an American target is not an attack against Trump but against the US.

From a national security perspective, the situation is completely different from when Obama made that deal, making it very difficult to manage the situation under the pillars of that original deal. Over the last four years, the American strategy against Iran starting with diplomatic isolation through to economic and financial sanctions to successfully contain its power in Lebanon, Syria and Iraq has already created a very difficult situation for Iran. So much so, that a pragmatic approach for an incoming US administration would be to seize the current situation and leverage it to make further gains. This suggests that any potential deal or offer of one is more likely to be far more comprehensive and include all military capacity and policies across the region.